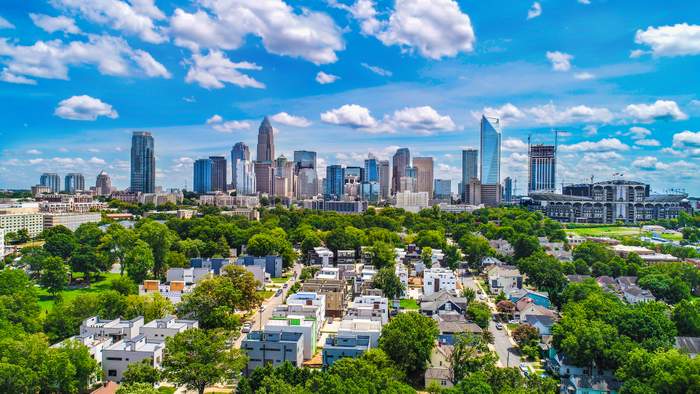 The Charlotte City Council voted Monday evening to participate in the Duke Energy Green Source Advantage (GSA) Program, which allows large energy users to negotiate contracts with solar developers to meet sustainability and renewable energy goals. An earlier pilot version saw Google and Cisco adopt the program. In this case, the City of Charlotte can now move forward with a 35-megawatt, utility-scale solar energy project – and makes Charlotte the nation’s most populous city to acquire new renewable energy through a utility green tariff.

The solar energy project is expected to save the City nearly $2 million in energy expenses over 20 years and will improve air quality in the region by reducing harmful pollution. In addition, it is expected to create 428 jobs in the region, produce enough electricity that equates to powering 10,000 homes annually, and reduce carbon emissions equivalent to removing 12,000 passenger vehicles from the road.

The solar energy project, which will help offset about 25% of carbon emissions from city-owned buildings over the next 20 years, helps advance the City’s Strategic Energy Action Plan (SEAP). The SEAP was adopted unanimously by the City Council in December 2018 and provides the roadmap for Charlotte to become a low-carbon City by 2050, aligning with the Paris Climate Agreement. As part of its goals, the City aims to achieve 100% zero carbon municipal buildings and fleet by 2030.

“Not only does this 35-megawatt solar energy project get us 25% of the way towards our goal in a very short time, but it contributes to building the green economy and improves our citizens’ quality of life,” said Heather Bolick, Energy & Sustainability Coordinator for the City of Charlotte.