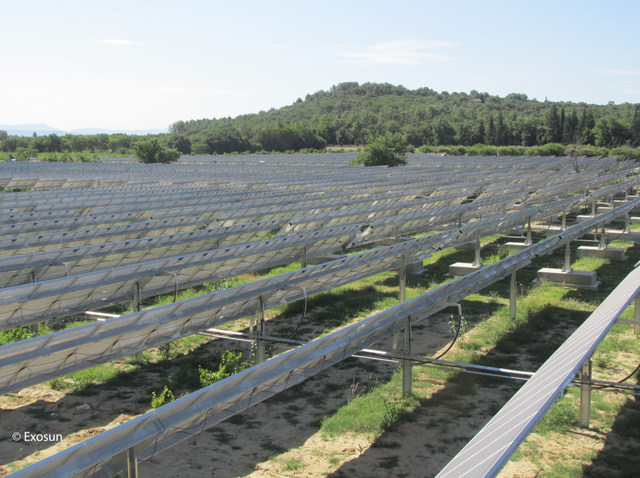 On the Beaucaire plant, Exosun’s trackers will orient 36,892 PV modules towards the sun throughout the day. Tracker construction will start in February 2016 and their commissioning is scheduled for September 2016.

The trackers on the Donzère plant will support 12,072 PV modules. As the site is located in an airport zone, Exosun’s engineering team conducted reverberation studies during the project engineering phase which were accepted by the French Civil Aviation Department. Consequently, in order to avoid discomfort to the pilots, the tilt angle of the trackers was adapted on a part of the plant. Tracker installation will begin in April 2016 with commissioning planned for June 2016.

In order to optimize tracker performance and maximize plant production, Exosun accompanies its client throughout the complete life cycle of both projects by providing a complete set of services including engineering, logistics, tracker installation, operation and maintenance.

Through these new projects, Exosun and CNR strengthen their collaboration which began in 2015 with the construction of a first tracker-equipped 3 MWp solar plant in the South of France.