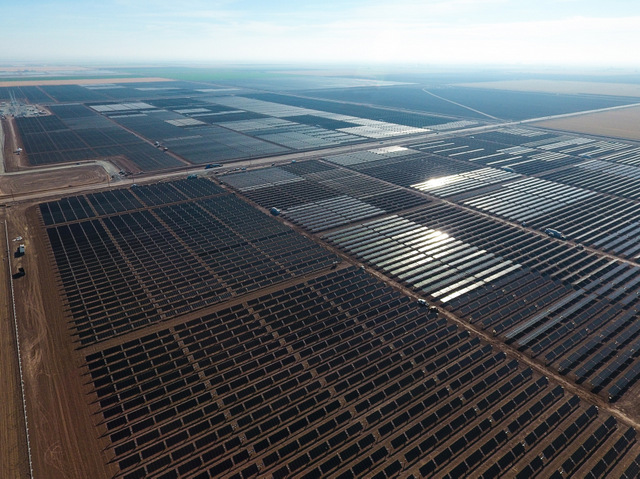 Solar Frontier Americas has sold its 40 megawatts (DC) Midway II solar power plant to a subsidiary of Dominion Energy Inc., a wholly owned subsidiary of Dominion Resources, Inc., one of the leading energy suppliers in the country. Dominion serves more than 6 million utility and retail energy customers throughout the U.S.

RELATED: Thin-Film in 2016: Don’t look now, but thin-film PV is positioned for growth

The Midway II Project, located in the Imperial County of California, is constructed with approximately 242,000 Solar Frontier advanced CIS solar modules mounted on NEXTracker’s single-axis solar trackers. The project has a 25-year power purchase agreement (PPA) with the Imperial Irrigation District (the third largest public power utility in California serving the Imperial Valley) for the electricity produced by the plant.

Midway II is expected to generate enough electricity to meet the needs of over 6,500 homes annually. The construction of the Midway projects boosted local employment with over 670 jobs and benefited the county with increased tax revenues that can be invested into programs for local residents.