“The 2017 Integrated Resource Plan outlines how our investment in a smarter energy infrastructure will benefit customers through innovation, reliability and more ways to control their energy use,” said Tammy McLeod, APS Vice President of Resource Management. “Overall, our energy mix is increasingly cleaner, and we are adding more quick-starting power sources to integrate our growing solar energy resources and emerging technologies.” 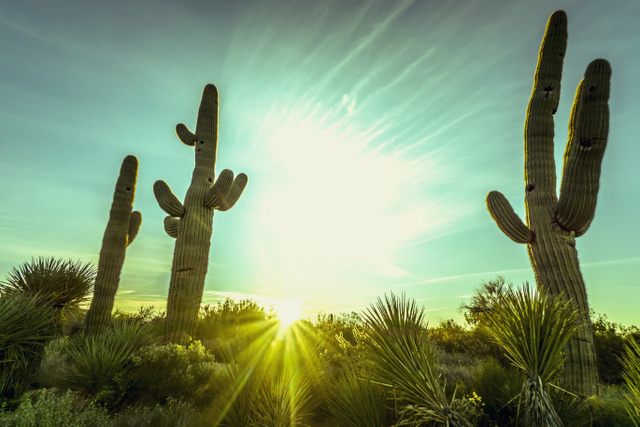 • Increased use of solar energy and energy efficiency will meet nearly 50 percent of the anticipated new energy growth. APS predicts a significant increase in private rooftop solar capacity and support from energy efficiency programs. APS continues to meet the energy efficiency standard set by the ACC, which is one of the nation’s most aggressive standards, and is focusing on peak-period measures, which include energy efficiency, demand response and load-shifting programs, going forward.

• Addition of battery storage from existing pilot programs to over 500 MW of capacity enables APS to support growing intermittent renewable energy resources such as solar. APS is taking the lead in Arizona’s deployment of energy storage, advanced inverters, and other controllable resources to better manage peak demand, minimize carbon emissions and solve renewable energy integration challenges for the benefit of all APS customers.

• Development of advanced grid technologies such as distributed energy resources, batteries and microgrids, while continuing research programs that evaluate how solar, energy storage and other technologies interact with each other is a priority for APS. APS recently deployed a new distribution operations system that increases situational awareness using real-time capabilities, allowing operators to react more quickly to outages and more efficiently integrate distributed energy resources.

• A reduction in coal generation and increased environmental controls at existing units contribute to a cleaner energy mix for APS and Arizona. Over the next 15 years, coal’s contribution to the APS energy mix will fall from 21 percent to 11 percent, and in the near-term the Four Corners power plant will see a 90 percent reduction of nitrogen oxide (NOx) levels.

• A balanced and diverse energy mix that includes more flexible capacity is needed to integrate renewable energy resources throughout the year. Natural gas is planned to grow from 26 percent to 33 percent of the APS energy mix by 2032. It’s abundant, affordable, reliable, flexible and responsive to customer demand. Natural gas generation provides much-needed summer peaking capacity, is fast ramping to enable renewable integration and is also a low-emissions fuel that contributes to a cleaner energy mix.

• Modernization of the Ocotillo Power Plant with quick-start natural gas-fired units is an example of one of many upgrades APS is making to the grid. The upgrades at Ocotillo provide the flexibility to maintain a balanced, reliable power supply, particularly when renewable resources are not generating power during weather interruptions and when the sun is setting and solar stops producing. APS will continue to invest significantly in grid upgrades and maintenance to maintain reliable service.

APS’s resource requirement is expected to reach 13,000 MW by year 2032 or about 60 percent higher than today’s forecast resource requirement of approximately 8,000 MW, as a result of anticipated population growth and greater economic activity in Arizona. When determining how to meet the increased need, APS chose the combination of resource options that met a number of objectives for customers: affordability, flexibility, reliability, risk management and sustainability.