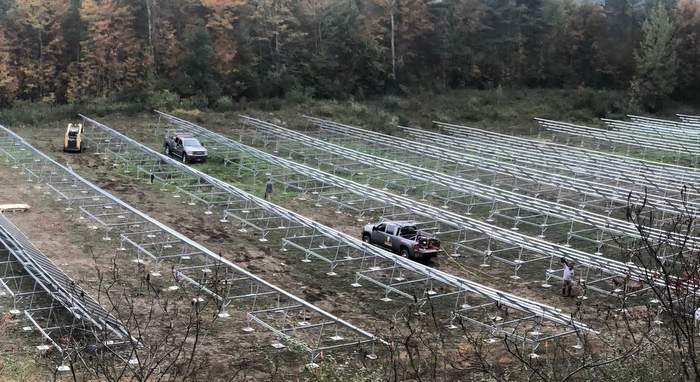 Picture this: You’re a solar EPC that got bank rolled for X-amount of PV projects for the year and you are now relying on third-party vendors that are now delayed and you can’t mobilize to the job site. You are stuck, forced to pay close attention to cash flow. It’s a nagging fear that’s now the reality going-forward for all but the largest EPCs in this pandemic-affected market. Supply chain issues and vendor delays abound, but the timelines remain in place. Beyond the EPCs and developers are then the financiers that were ready to invest, waiting for this train to get moving again.

“The small guy gets beat up over concrete and relying on outsourced teams to drive the product in the ground with heavy equipment they rent or lease, which means the equipment is on that company’s time, not the EPC’s. … If you can’t control your installation schedule, you can’t control your revenues and accounts receivables. For small- to mid-size EPCs, a lot of these guys live project to project. If they can’t control cash flow, they are stuck.”

That was 2018, but it is a message that resonates now more than ever, so we followed up with Boguess to see if anything was new.

“We resonate with 2 MWs or less” 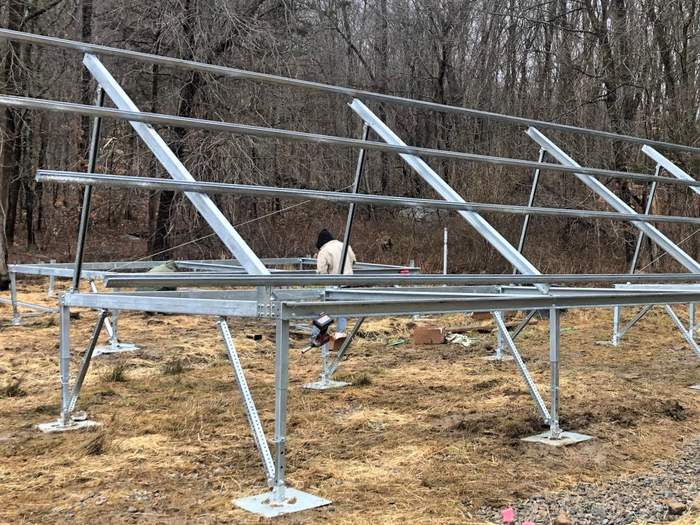 It is a ground-mount solar racking structure that doesn’t require piles, helical screws, and cement piers. Instead this solution relies on a system of earth anchor cable assemblies with one-way wedge grips and a washer to prevent uplift, similar to how utility poles and towers have been mounted for a century. Anchors are sent into the earth via hand tools through the base plates and load tested in real-time soil condition’s (Engineering requires 1.5 times the worst case scenario for any AHJ’s design load test) and are design engineered to prevent uplift during a wind event. This real-time soil condition test gives AHJ’s the best knowledge of the soil at that time, eliminating the need for the advance geotech report ordering, process and price.

“Projects have milestone payment schedules,” says Brian Boguess, CEO of Nuance Energy. “EPCs might recognize a milestone for say mobilization, one for foundations, one for racking, and one for panels. All of that could be in a 30-60 day period depending on how large of a system being installed.

“Using the Osprey PowerPlatform, EPCs can invoice their customer for all four milestones on the first day, because they could perform all of these tasks on the first day or the first week of the install – an enormous boon to a contractor scared to death right now. A larger EPC working on sites a few MWs or larger probably owns their own equipment and can control their install schedule. We resonate with 2 MWs or less.”

The Osprey has been tweaked and improved since its debut:

Better, faster ground engagement: A few contractors had run into rocky conditions in the Northeastern U.S. that broke some tips off the original anchors. The Osprey now uses a much stronger and more durable anchor for the task. It is so good in fact it removes the previous need to predrill holes (which speeds installation and testing). The Osprey PowerPlatform requires only one anchor now per leg in most cases due to a higher strength rating per anchor and lower wind scales across the country (previous engineering required 1 to 2 anchors per hind leg for most conditions). This provides the ability to achieve the required uplift holding force using fewer anchors, saving you crucial minutes on the install and lower overall anchor costs.

“In frozen conditions in Dover, N.H., we installed over 60 anchors in an hour in 12-in. of frozen soil conditions,” Boguess tells us. “It was amazing.”

Value engineered supply chain: Nuance Energy moved their roll forming lines and supply chain to strategic locations in the West and Midwest. They no longer need to order a custom product and can now stock material – this took their lead times from three months to three weeks and opened the door to offer product through solar distributors.

“We were buying from foreign markets trying to save money, but the long wait killed us,” Boguess says. “Our customer experience really suffered. Now with our supply chain partners stocking material, we can get product out the door much quicker at a lower freight cost and we can take on larger projects now.”

Nuance Energy is migrating to a distributor model for contractors and small EPCs thanks to this improved U.S. supply chain.

The case Boguess lays out is compelling, and we will be hosting a webinar to dive deeper into how the system works and its downstream / project mobilization value later this month.