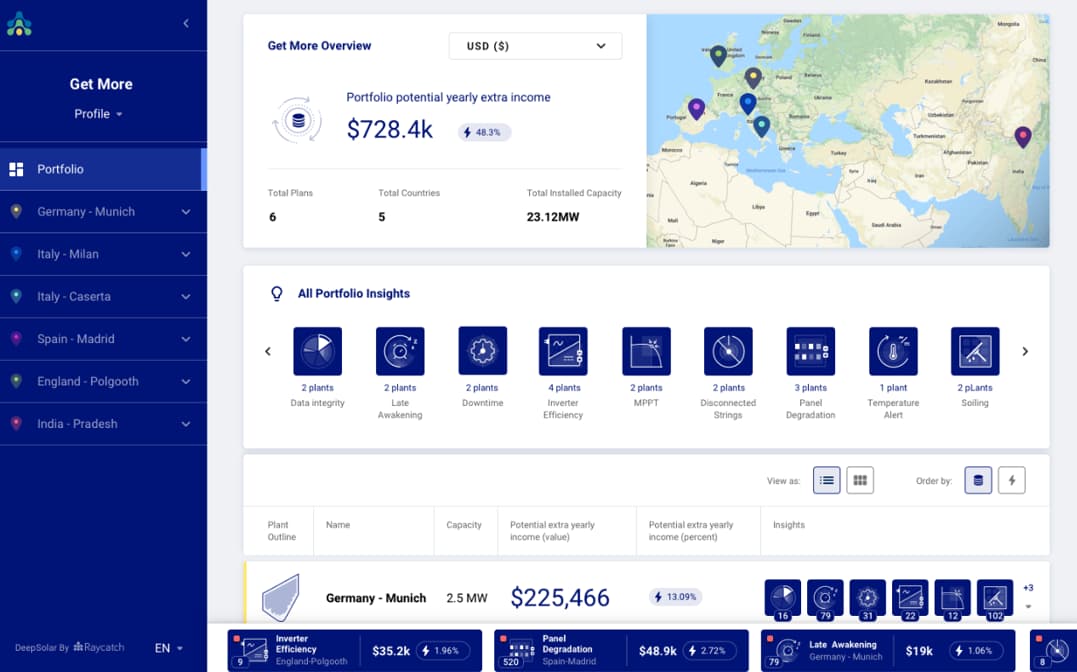 Last May, we reported on a cool new AI-based Software as a Service (SaaS) solution, DeepSolar, a diagnostic system that enables large-scale PV plant owners and operators to optimize solar assets and maximize their return on investment. DeepSolar is the brainchild of Raycatch, a PV plant diagnostic company backed by global renewable energy organization BayWa r.e. As we wrote at the time:

DeepSolar 2.0 comprises features that make it possible to successfully identify and break down all components affecting solar plant performance – and group them back together to create an extensive, coherent picture. The software supports solar plant owners by providing them with comprehensive ROI information and data-driven operational insights. In addition, the diagnostic system can identify the sources behind technical issues, outline issue resolutions, evaluate costs and make prioritized recommendations based on plant owners’ respective needs.

To close out O&M month, we chatted with Jonathan Yalon, marketing manager at Raycatch, for some insights the company’s gleaned via DeepSolar in the ensuing year.

Your DeepSolar system identifies the sources behind technical issues, so what are some of the most common you have found?

Yalon: The most common issues are low-performing PV modules and inverters, which are hard for technical asset managers and operators to discover without a diagnostics system, which serves as an AI-powered SaaS layer between monitoring and asset management. The most easily avoided issue is strings that are disconnected for prolonged periods of time while the monitoring level is at a lower granularity.

How about the most easily avoided?

Yalon: We regularly find serious issues that could be avoided by using analytics and proactive maintenance. Here are three examples from the past few weeks:

Is there something you are seeing as a trend in underperformance?

Yalon: In most of the plants that we analyze, we see accelerated degradation of PV modules when compared to the manufacturer’s specification. In recent years there has been a tremendous pressure on the module manufacturers to lower production costs, which did bear fruit, but often manifests in lower performance levels than warranted.

As performance issues are so common, we view assets as “overperforming” when they are degrading according to the manufacturer’s specification. It is quite rare to see cases of actual overperformance in the PV market. Which is at least good for us, right? Otherwise we would probably be out of business [laughs].

What’s an example of a profit margin or performance improvement success story? 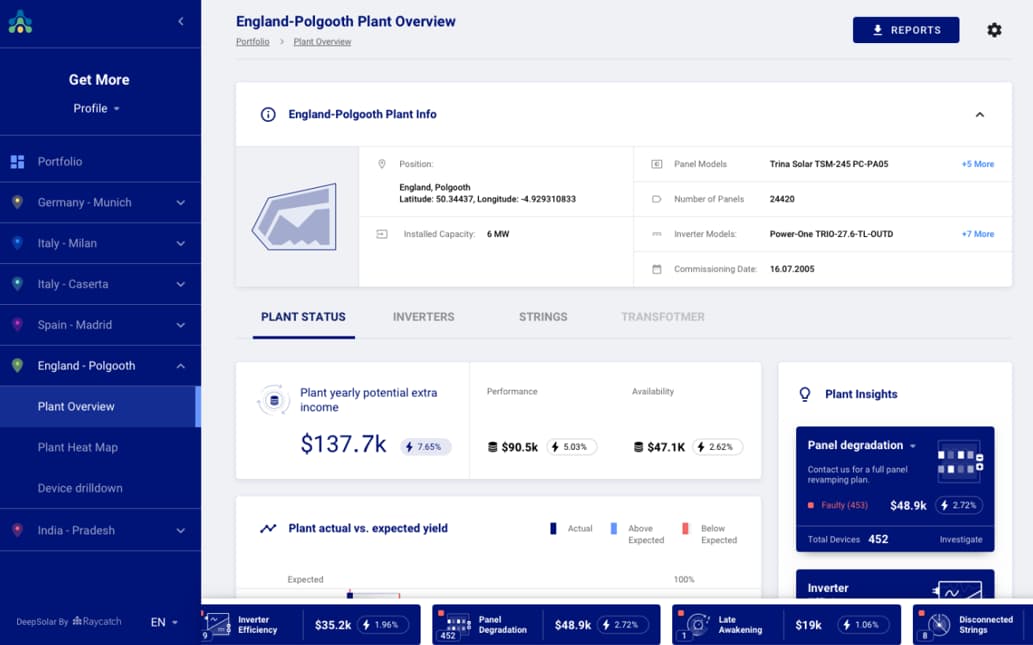 Yalon: Very recently we have helped boost a PV plant by +4%. This 4 MW, 5-year old middle-eastern plant was considered well-performing by both the O&M team and the owner. Although they were partially right, by using our DeepSolar system for technical asset management, they easily managed to prepare and implement a revamping plan that resulted in more than 4% added yield and over 1,000 new modules that were supplied to them under a warranty claim, which was based on the analyzed data provided by our system.

On average, how much does Raycatch help a project?

Yalon: On average, we find about 4% extra yield from recoverable sources. We do not “blame” the O&M or the asset managers for this, as most of the market still relies on raw data and standard procedures, and finding very specific problems this way is very partial and laborious. The data noise (electrical, digital, clouds, shading, temperature, etc.) level is so high, that it’s also almost impossible to quantify the energy losses for each issue, to monetize the recoverable energy of those losses, and to prepare a prioritized action plan based on ROI accordingly. But an AI-driven analytics and diagnostics system can turn the raw data into clear, actionable insights, so maintenance becomes much more selective and effective.