Carports on their own make a statement about that commitment of that property toward clean energy. We have discussed them plenty here at Solar Builder, and will have another look at carport trends in our Sept/Oct issue. But we wanted to highlight this carport installation at the Santa Ana Golf Club (SAGC) in Bernalillo, N.M., because of the unique design elements that elevated the installation beyond just solar power functionality. 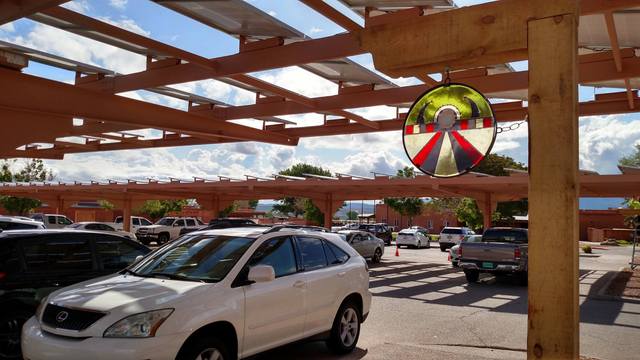 As for the technical specs, the array comes in at 250-kW (DC) and is expected to offset 95% of the facility’s power usage and save the club over $2 million in electricity costs. CBC Steel Buildings was the manufacturer; the modules (840) were supplied by Canadian Solar Max Power; the inverters were supplied by SMA (Sunny Tripower 15000TL-US, 24000TL-US).

Osceola Energy, the project’s installer, was founded by a husband and wife team who
wanted to combine their talents in design and electrical contracting with their passion for a
sustainable New Mexico. Founded in 2009, the electrical contracting company focused primarily on
residential applications before moving to commercial projects. 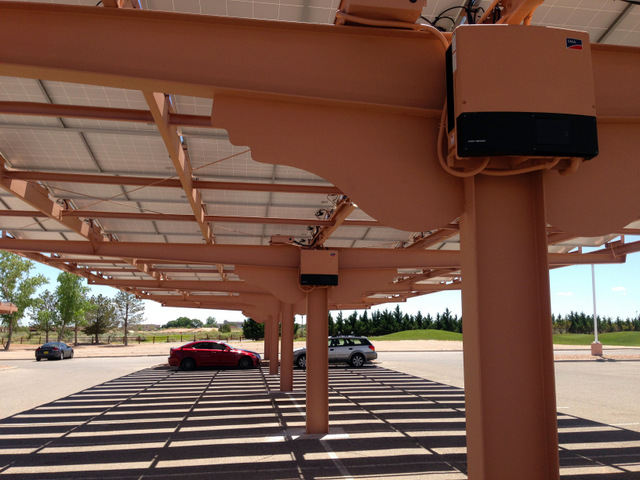 Not having developed a solar carport before the SAGC project, the company drew on inspiration
from its native New Mexico surroundings, incorporating colors, design features and simplicity that is prolific within the region. The carport has important environmental and economic impacts. In addition to those benefits, the design elements allow the carport to demonstrate that renewables such as solar have many practical applications beyond simple rooftop arrays and solar farms.

“Our fundamental belief is that renewable energy systems should be both functional and
aesthetically pleasing,” said Christopher Fortson, Marketing Director at Osceola Energy. “All too often we hear that ‘solar is ugly,’ and we stand to challenge that perception. Our motto is ‘solar so beautiful, you’ll want to show it off.’” 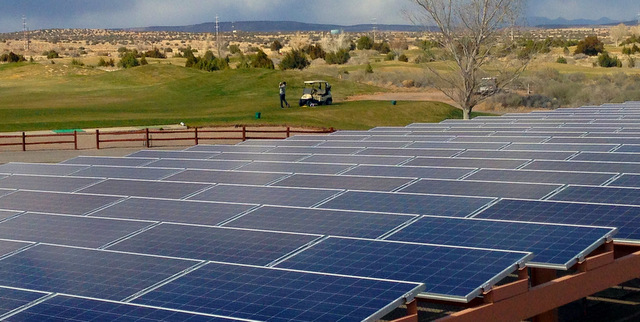 “We chose Osceola Energy because of its focus on aesthetics, as well as its extensive knowledge of
solar energy systems,” Derek Gutierrez, director of the Santa Ana Golf Club, said about the facility’s decision to “go solar” with the New Mexico-based EPC. “Integrating renewable energy is important to us; it’s part of our commitment to environmental sustainability in New Mexico.”

Osceola Energy will operate and maintain the system, allowing SAGC to focus on its daily
operations and patron needs. The two companies look forward to a greener future for New Mexico,
and hope other local businesses will follow suit.

“Solar systems have been around since the 1950’s, but are finally becoming more prevalent and
practical because of advancements in the industry that have lowered the cost,” said Adam Harper,
president and CEO of Osceola Energy. “Customers are seeing that they can save money on energy
costs and help the environment at the same time. It just makes sense.”