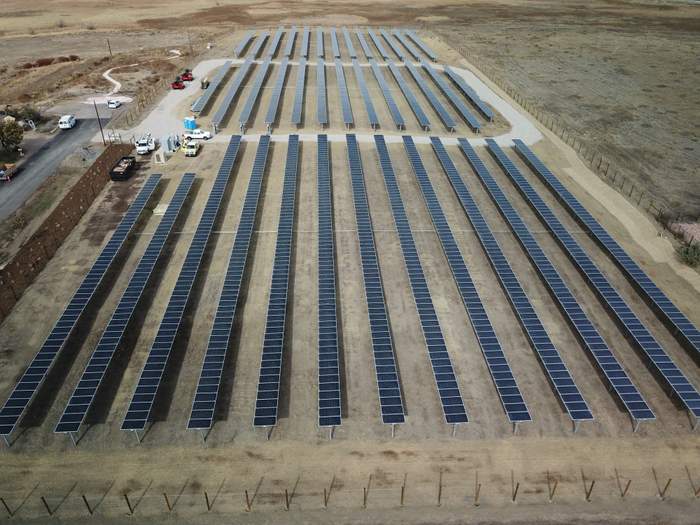 “When cities like Fort Collins partner with local businesses like Namasté Solar and Solaris Energy, it magnifies the impact on the local economy, and it creates well-paying green jobs within the community,” said Jason Sharpe, chief executive officer, and coowner at Namasté Solar. SP3incentivizes the installation of new, local commercial-scale solar systems owned and maintained by companies such as Solaris Energy.

The Solinator Garden is named to highlight the project’s use of land underneath and around the solar panels to provide a healthy habitat for local pollinator species. Climate change has already had a negative impact on insect and bird populations in Colorado. Land around solar arrays can be used for productive purposes in addition to creating clean, renewable energy.

“The site includes a pollinator garden along the perimeter. The grasses planted throughout the project contain a flowering seed mix to enhance local pollinator populations,”said Alex Blackmer, CEO of Solaris.

Fort Collins has a Power Purchase Agreement (PPA), a financial contract with Solaris Energy. This alleviates the upfront cost of installing solar for local governments pursuing renewable goals. Unlike a Virtual PPA, this project is co-located on the Fort Collins electric distribution grid and through the Physical PPA ensures that all the solar electric energy is consumed locally.

“This project will contribute over 6% toward the City of Fort Collins’ local renewable goals for 2020,” said John Phelan, energy services senior manager for Fort Collins Utilities. “Energy generated at the Kyle Avenue location will flow directly into the local distribution grid and is part of the overall electricity mix provided to all City utility customers.”

In addition to SP3, Federal programs were designed to boost solar adoption.

“Right now, the corporate tax structure allows 100% depreciation in the first year for solar arrays, as well as a 26% Federal Solar Investment Tax Credit for commercial solar projects underway in 2020,” said Eliot Abel, director of commercial project development at Namasté Solar. “These tax benefits allow entities like Solaris to recoup roughly 50% of the system cost in the first year.”