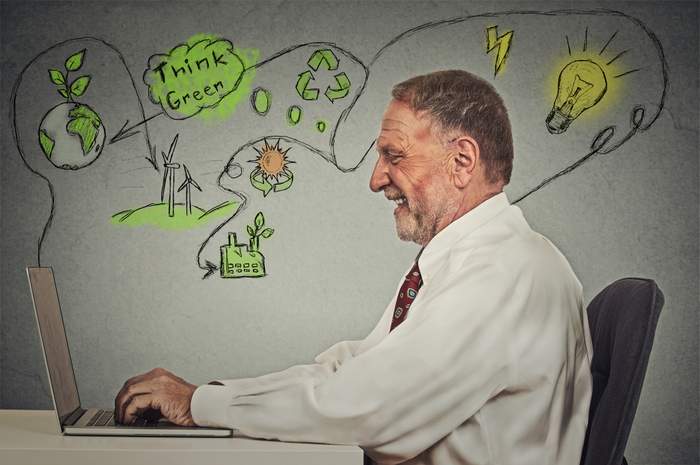 Even this crazy old dude is into it.PPA

While the federal government still somehow can’t see the economic argument for pursuing a robust renewable energy strategy, for-profit corporations are procuring it in droves, setting a new single-year record for new capacity of announced wind and solar deals in 2018.

According to the deal tracker at the Business Renewables Center (BRC), a membership program at Rocky Mountain Institute, the renewables market in the United States has almost doubled its annual total of corporate clean energy offsite deal volume since its prior high point in 2015, while the number of new entrants in the market has also doubled,

“The record number of companies successfully pursuing renewable energy this year sends a clear signal that environmental sustainability is a serious priority for business leaders across the economy,” said Jules Kortenhorst, CEO of the Rocky Mountain Institute. “These companies aren’t going to wait for public policy on climate issues to catch up—they are taking the initiative to accelerate toward a prosperous, low carbon economy.”

“Facebook is proud to contribute to the record-breaking year of corporate renewable energy deals,” said Rachel Peterson, VP of Data Center Strategy at Facebook. “We believe companies can and should set big commitments to drive our nation’s transition to a clean energy future.”

“As one of the world’s largest companies, AT&T knows that we can help enable a clean energy future,” said Shannon Thomas Carroll, Director of Global Environmental Sustainability, AT&T. “We’re proud to contribute to the record-breaking year of corporate renewable energy deals and help support America’s transition to a low-carbon economy. Our investments are helping to deliver clean energy, create jobs and support communities. They are just one way our company is working to address climate change and help create a better, more environmentally sustainable world.”

BRC’s deal tracker emphasizes the growth of corporate renewable energy purchasing in the U.S., reaching over 15 GW cumulatively since 2013.

“Large scale buyers of clean and renewable energy continue to accelerate their power to drive the zero-carbon future they want,” said Miranda Ballentine, CEO of the Renewable Energy Buyers Alliance (REBA). “We are impressed with the growth and expansion in the corporate renewables marketplace, from a broadening sector diversity, and increasingly supportive policy conditions, to utilities and developers rising to meet customer demand and reducing their own generation emissions. At this pace, we anticipate a fourfold increase in corporate renewables procurement by 2025. There is a tremendous amount of good work yet to be done, and we are counting on the power of partnership to get there.”