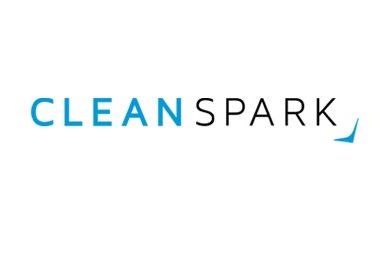 A microgrid project located on an industrial equipment retail facility in San Jose will be utilizing CleanSpark, Inc.’s mPulse controller to coordinate all aspects of the system and improve overall performance. The microgrid will consist of a 222-kW solar system, and a Tesla 111-kW/223-kWh Powerpack provided by CleanSpark. The system is integrated with standby diesel generation for use in the event of a sustained power disruption. This will be one of the first Tesla battery systems deployed in Costa Rica.

During system operations, the mPulse controller, utilizing operating parameters identified and modeled through the VSO software, is expected to significantly reduce the use of grid power. The Tesla battery energy storage system will be intelligently controlled by mPulse to shave peak demand and improve the overall project economics and ensure long-term cost avoidance. Additionally, this project will reduce greenhouse gas emissions to assist the Costa Rican people to close the gap on their goal to become the world’s first carbon neutral country.

Many countries in Latin America share a central 1,100 mile long power grid, as a result, a disruption in Nicaragua, El Salvador, Panama or Costa Rica can affect the others within the region. Costa Rica experienced a nationwide power outage in 2017 as a result of a downed power transmission line in Panama. The impacts of these disruptions can potentially cause millions of dollars in losses for commercial, industrial and agricultural customers.

One of the key value propositions of a CleanSpark microgrid is the ability to provide energy certainty during unplanned outages, as well as meaningful, long-term economic benefits.

“Over the last four years, Costa Rica has generated more than 95% of its domestic electricity from renewable energy. In 2018, nearly 75% of all national renewables came from hydropower. Recent drought conditions have threatened the consistency of that supply, and the country has been more reliant on wind production. This CleanSpark powered system utilizes proprietary forecasting, driven, not only by the end-user’s energy consumption behaviors and utility rates, but a multitude of other factors, including forecasted weather patterns,” stated Matt Schultz, CleanSpark’s Chairman. “Having an intelligent, fully-automated hybrid-cloud controller allows the end-user the security of knowing the vectors they have identified as priority are being met without any requirement for a ‘man in the loop’,” continued Schultz.

This is the second project and first large scale deployment of the mPulse software and controls in Costa Rica.

“This deployment in particular is also important in demonstrating how our software can help multiple stakeholders involved in an energy project achieve each of their differing goals by leveraging our technology,” stated Zach Bradford, CEO of CleanSpark. “In this case the end-user of the power is able to achieve cost reductions and targeted sustainability and resiliency goals. The developer is able to provide certainty performance while remaining cost competitive in a traditionally challenging energy market. We are optimistic on the future of the markets we are seeing both internationally and domestically and we expect to expand our presence in conjunction with our local partners as they embark on a new era of microgrid and energy development in Costa Rica.”