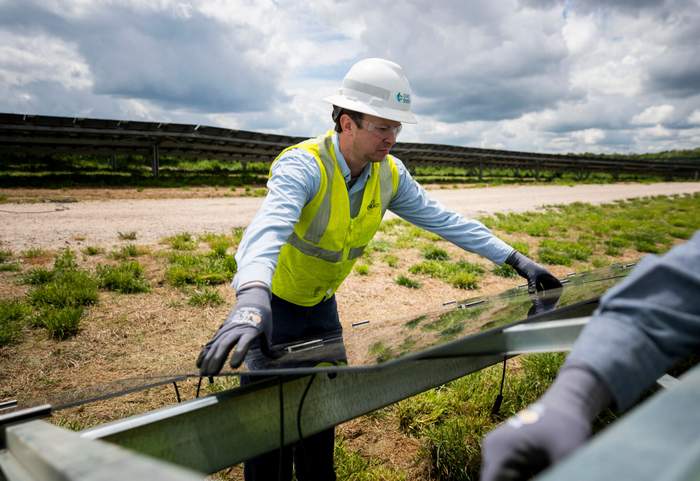 The power plant will contain over 170,000 solar panels across approximately 500 acres near Boiling Springs, N.C. The facility will power the equivalent of 12,500 homes. Commercial operation is expected by the end of 2021.

Under North Carolina’s Competitive Procurement for Renewable Energy, proposed projects must be built where there is a need for energy capacity on the Duke Energy system in North Carolina or South Carolina. The bids can come from any company, including Duke Energy, and can be in the form of power purchase agreements (PPA), utility self-developed facilities or utility asset acquisitions.

“In addition to increasing the renewable energy resources in the state, the project will also deliver significant economic benefits to Cleveland County,” said Chris Fallon, president of Duke Energy Renewables.

During peak construction, Broad River Solar will create approximately 120 jobs. Along with indirect economic benefits that accompany solar project development, such as increased local spending in the service and construction industries, Broad River Solar will also have a positive economic impact on the local community by providing local tax revenues to the county and local school districts, as well as meaningful payments to the participating landowners.

The facility’s design, procurement of inverters, balance of plant systems and construction of the project will be performed by Swinerton. The solar power generated by Broad River Solar will be sold through a 20-year power purchase agreement.

Because of the project, the Duke Energy Foundation recently awarded a $5,000 grant to the Cleveland County Schools Educational Foundation and Crest High School to add a renewable energy and green construction skills module into the school’s workforce development curriculum.