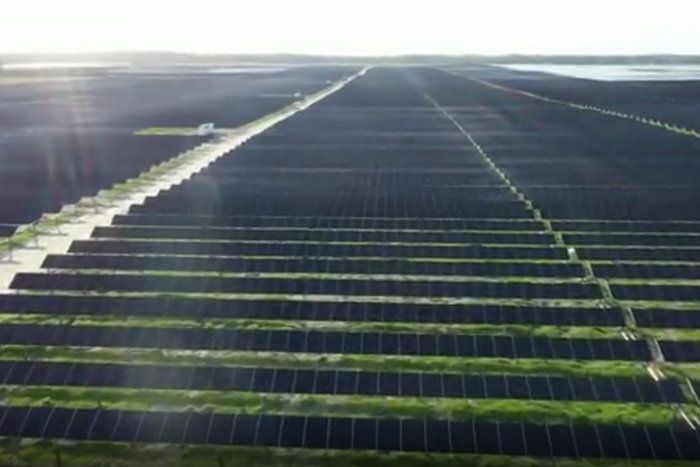 Duke Energy Florida is crowing about recently installing its one-millionth solar panel in the state at the company’s Columbia Solar Power Plant in Fort White, Fla. It’s a somewhat arbitrary big round number, but it does gives us a reason to check in on the heights Duke Energy Florida is looking to take its solar portfolio over the next 10 years across the state.

Duke Energy Florida will have a total of almost 515 megawatts (MW) of solar under construction or operating by mid-2020. The company is investing an estimated $1 billion to construct or acquire a total of 700 MW of solar power facilities from 2018 through 2022 in Florida.

Duke Energy Florida is projecting to more than double its solar investments, and plans to potentially install more than 1,500 MW of solar generation by 2028.

“This is an exciting announcement as we increasingly deliver cleaner, more reliable energy to our customers,” said Catherine Stempien, Duke Energy Florida state president. “By mid-year, our solar plants are expected to eliminate nearly 1.5 billion pounds of carbon dioxide emissions each year. That’s the equivalent of taking 130,000 passenger cars off Florida roads.”

Here are some upcoming projects that will be rocketing Duke Energy Florida past that 1 million mark.

The 74.5 MW DeBary Solar Power Plant is under construction in Volusia County and will have 300,000 solar panels, with universal service to the power grid in the second quarter of 2020.

The Twin Rivers Solar Power Plant will be built on 460 acres in Hamilton County. Once operational, the 74.9-MW facility will consist of approximately 235,000 tracking solar panels that track the movement of the sun and are capable of producing enough electricity to power approximately 23,000 homes at peak production.

The Santa Fe Solar Power Plant will be built on approximately 600 acres in Columbia County. The 74.9-MW plant will consist of approximately 235,000 tracking solar panels, which will produce enough carbon-free energy to power more than 23,000 average homes at peak production.