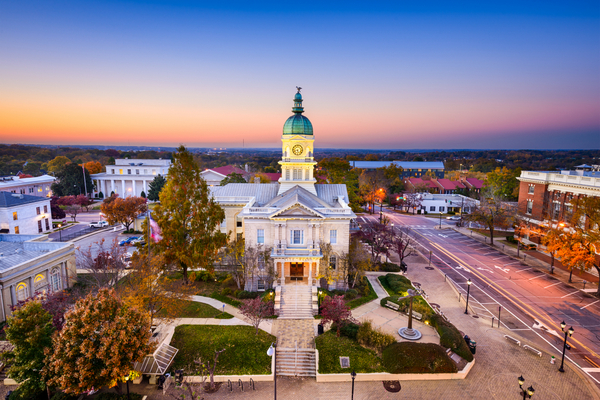 June 30 marked the last day for Solarize Athens, and after tabulating the results the coalition in charge of Solarize Athens, made up of Environment Georgia, the Georgia Climate Change Coalition, Georgia Interfaith Power and Light and Solar Crowd Source, announced they hit their goal of tripling residential solar in Athens-Clarke County.

“My panels went online in April,” said Paul Boumbulian, a resident of the Five Points neighborhood in Athens. “We are so excited to see our meter run backwards; it really is a great feeling knowing you are saving money on your electric bill and saving the planet at the same time. I think it’s fantastic that I’m now in the 21st century.”

“Solarize Athens will make Athens a solar leader in Georgia,” said Jennette Gayer, the director of Environment Georgia. “Once all this solar is installed, Athens will be a leader in residential solar in Georgia.”

Organizers reported that by the June 30 deadline, 76 contracts were signed for residential solar installations in the Athens-Clarke Co. area, totaling 414.55 kW of new solar capacity. The solar installed will offset 811,027 million pounds of C02.

“The response to this program in Athens has been great,” said Montana Busch, the President of Alternative Energy Southeast the solar installer that was chosen by the coalition after a competitive bid process. “We’ve been so proud to be a part of a real solar revolution here in Athens that has been able to deliver solar with quality components and a really low price.”

Solarize Athens reached the highest tier in its residential pricing, meaning the price for solar dropped from $3.19/watt to $2.90/watt for everyone involved. It also contributed a solar array to Nuçi’s Space, a local non-profit that works with musicians in the Athens community.

“As a nonprofit in Athens we have an obligation to maximize our social impact and to support our community,” said Bob Sleppy, Executive Director of Nuçi’s Space. “By powering our space with clean, ‘homegrown’ energy we’ll be serving our community in a new and exciting way.”

“We are confident that the impacts of Solarize Athens will continue to be felt for years to come,” said Kate McGregor Mosley, executive director of Georgia Interfaith Power and Light. “One of those impacts will be churches going solar. We had many interested congregations that couldn’t sign on the dotted line by our deadline but the seed has been planted.”

Solarize Athens is only the second Solarize program to take place in Georgia. The first was Solarize Tybee, which had 59 installations for 316 kW.

“We learned a lot from this experience,” said Don Moreland, founder and CEO of Solar Crowdsource a company that serves as a platform for Community Solarize programs in GA. “We’ll put those lessons to work in Solarize Decatur-DeKalb, which we are close to launching. Who knows, maybe we’ll come back to Athens for round 2!”

In addition to lessons learned, the Coalition cited a lot of new opportunities identified. “We are excited to continue to push for more solar leadership from the County Commission and beyond and to look for ways to promote things like energy efficiency which compliment solar,” said Dan Everett, chair of the Georgia Climate Change Coalition, a non-profit based in Athens.