Global solar PV installations will reach a new high of 114.5 GW in 2019, up 17.5% on 2018, according to new research from Wood Mackenzie Power & Renewables. As noted in the Wood Mackenzie Power & Renewables ‘Global solar PV market outlook update: Q2 2019’, the market is now back on a strong growth trajectory after a slowdown in 2018. Annual installations are expected to rise to around 125 GW per year by the early 2020s. 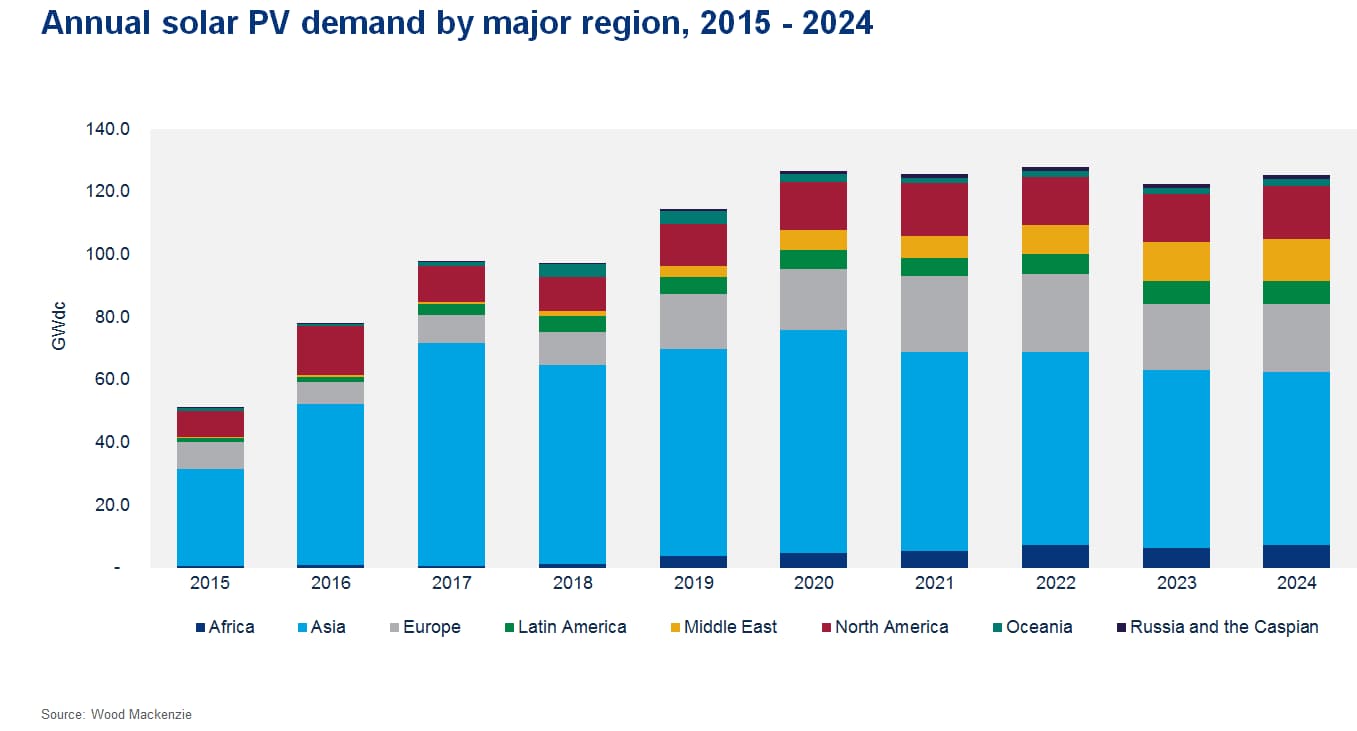 Countries installing between 1-5 GW annually will be the market’s growth engine. In 2018, there were seven such markets. By 2022, there will be 19 – with new names including Saudi Arabia, France and Taiwan.

“In India, auction activity is starting to recover after a slow-down caused by land and transmission constraints. In the U.S., announcements of new state utility IRPs, in Florida for example, are good news for the solar PV market. The European market will grow strongly as policy markets look to deliver on 2020 and 2030 renewable energy targets. In Latin America, Brazil looks to be the most exciting market of the moment, with both auctioned PPAs with distributors and free market contracts with large consumers on offer. In the Middle East, all eyes are on the upcoming 1.5 GW auction in Saudi Arabia, which is set to be extremely competitive,” added Heggarty.

China recently announced the results of its first solar PV auction. “A staggering 22.8 GW of projects awarded contracts in China’s inaugural auction. This is by far the world’s largest completed auction, with the next largest being the award of 3.9 GW of solar PV in Spain during July 2017. Awarded projects are intended to be connected by the end of 2019, facing tariff cuts for any delays.

“Auctions will remain the driver of growth in many global PV markets. We expect to see 90 GW of solar PV projects awarded contracts through auctions in 2019, up from 81 GW in 2018.”