A number of countries, states, and municipalities have been setting 100% clean energy goals. As the price of renewables keeps dropping, more people and businesses are turning to clean local energy, often in the form of rooftop solar.

But in some locations, like Australia and Hawaii, solar adoption has been so high that the power system is experiencing “grid saturation” issues. That has unfortunate consequences such as curtailment and expensive grid upgrades — resulting in limits to the size of solar+storage installations.

The good news about Australia and Hawaii is that they provide valuable lessons for the rest of us. As states like California ramp up deployment of distributed energy resources (DER), we can use technology available now, combined with the right policies and market mechanisms, to chart a better course for reaching our clean energy goals.

With two times more residential rooftop solar penetration per capita than Hawaii, eight times more than Germany, and ten times more than California, Australia’s grid reached its “solar hosting capacity” long ago — providing a real-world example of what will happen as US grids become “saturated” with solar.

What’s the real problem with having so much distributed solar on the grid?

The distribution grid was designed to move electricity in one direction from large, remote generators on the transmission system to customers. The increased deployment of small-scale solar means that electricity now flows against this traditional path, creating reverse power flows and greater swings in network voltage that directly impact reliability. 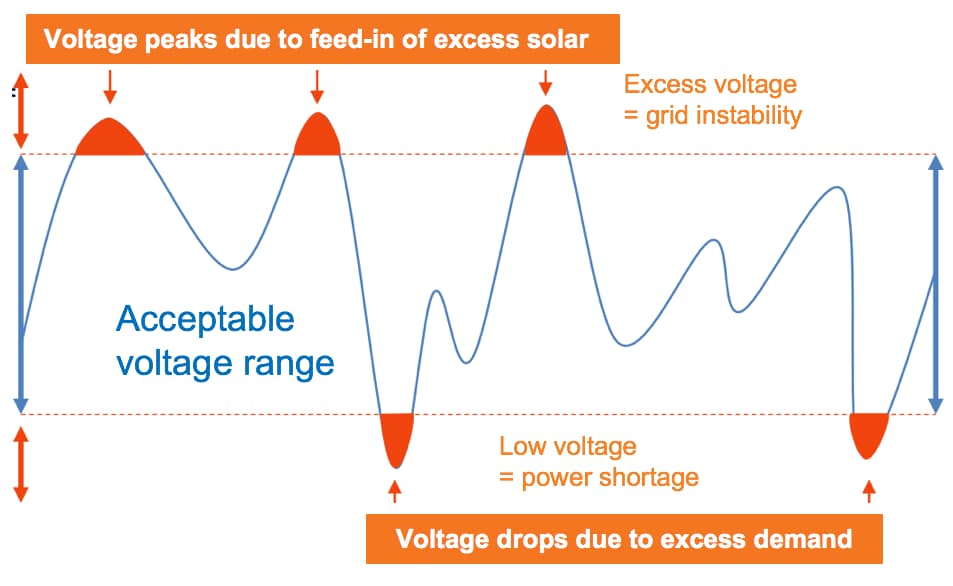 ● Significant capital spending is required to upgrade the distribution grid — and upgrades offer only a temporary solution until more DER are added to the grid.
● When the cost of required distribution grid upgrades is passed on to developers, that often eliminates the economic case for installations — or it results in smaller installations.
● Solar curtailment, similarly, renders larger installations uneconomical because all excess generation beyond a site’s self-consumption is wasted.
● Commercial-scale rooftop solar and virtual power plants (VPPs) are no longer bankable via third-party or other financing, because curtailment results in intermittent revenues.

What’s more, curtailment does not even fix the voltage instability problem.

Fortunately, technical solutions to the problems of voltage instability and limited hosting capacity are available now — and it’s not surprising that one has emerged from an Australian renewable energy provider, Planet Ark Power. Their eleXsys technology is an advanced power electronics device with a suite of artificial intelligence applications enabling next-generation two-way smart grids.

The eleXsys hardware and software system provides critical management of DER assets and obviates the need for expensive grid infrastructure upgrades, enabling the largest possible DER to be built in any given location without triggering costly grid upgrades. 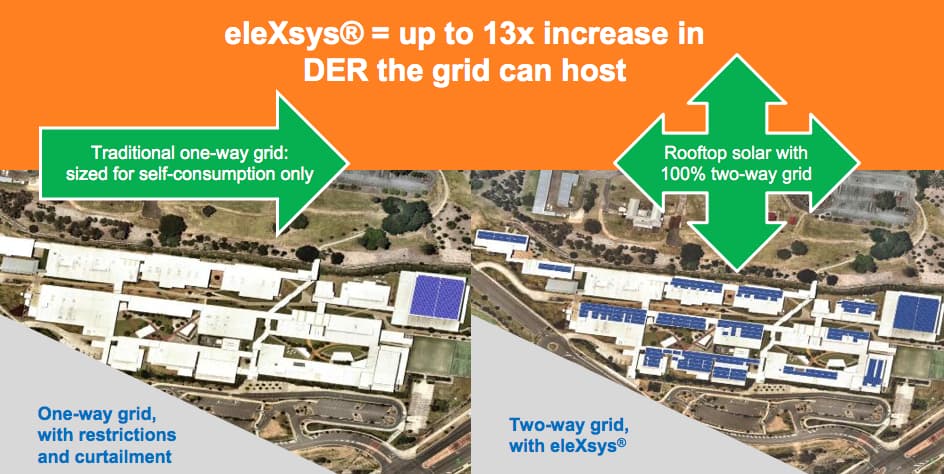 Technology like eleXsys removes the technical limitations on the size of solar in the built environment, enabling developers to achieve attractive economics for larger commercial-scale solar+storage projects. The bankability issue disappears, because the guarantee of exporting 100% of the energy generated onsite results in consistent, forecastable revenue streams. When the technical and bankability limitations are removed, the only reasons that local solar generation can’t be maximized to serve our communities is monopoly-driven, archaic policy coupled with a lack of the right market mechanisms.

With an ambitious 100% clean energy goal and many of the same grid saturation issues, California can learn from the experiences of Australia and Hawaii.

Both Hawaii and California have introduced microgrid legislation, and both have more progress to make in this area. Hawaiian Electric (HECO) recently filed a draft tariff under a microgrid proceeding at the Hawaii Public Utilities Commission (HPUC). The tariff takes some important steps, but it has drawn criticism for not addressing residential microgrids, limiting the financial viability of microgrids, and not adequately compensating microgrids for the services they can provide. The tariff has also been critiqued for focusing only on short-term issues. And it does not account for the significant value of the resilience benefits that microgrids provide.

California has its own microgrid proceeding in progress at the California Public Utilities Commission (CPUC). The CPUC recently drafted a proposed decision that features expedited interconnection for critical facility microgrids, increased information sharing between utilities and others, and removal of size limits for energy storage, as well as allowing energy storage to charge from the grid during windows before Public Safety Power Shutoffs (PSPS).

In an August 2019 decision, the HPUC concluded that resilience is too important to be overlooked. Given that resilience is both a pressing need in our communities and one of the major benefits provided by microgrids, California is also considering how to support renewables-driven resilience.

But while everyone understands there is significant value to the resilience provided by indefinite renewables-driven backup power, the value of this unparalleled resilience has yet to be quantified — creating an economic gap for Community Microgrid projects.

The close this gap, the Clean Coalition is working to establish a standardized Value of Resilience (VOR123), allocating electric loads into three tiers: 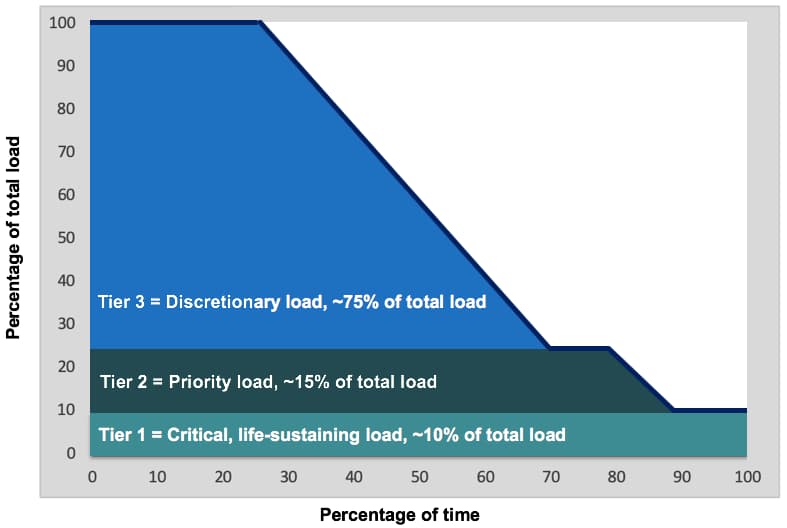 Direct Relief, one of the largest disaster recovery and supply nonprofits in the world, understands the need for resilience. The organization’s global logistics operations, including temperature-sensitive, life-saving medical supplies, depend on electricity. And its location in the Goleta Load Pocket (GLP) — a disaster-prone, transmission-vulnerable stretch of California coastline in the Santa Barbara area — leaves Direct Relief vulnerable to power outages.

To protect against outages, Direct Relief installed a Solar Microgrid, powered by solar+storage with a diesel generator as backup to the backup. But current policies and market mechanisms limit the size of this microgrid to about one-third of what the organization could install on its roof and parking lot.

A mechanism that would make it economically viable for Direct Relief to cover its roof and parking lot with solar is a Feed-in-Tariff (FIT) — a standardized, long-term, guaranteed contract that allows renewable energy projects to sell power to the local utility or other load-serving entity. 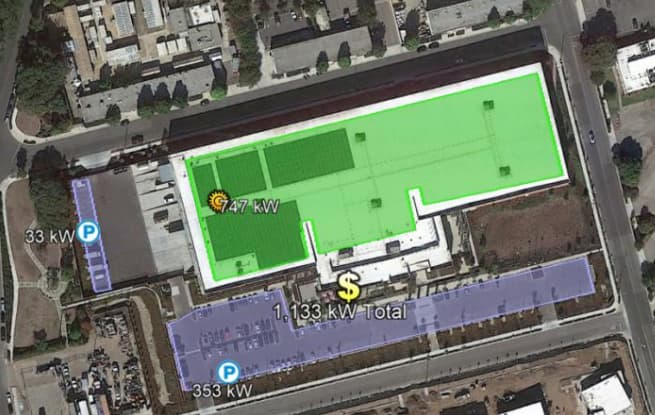 A good example of a FIT is the state-of-the-art FIT the Clean Coalition designed for the City of San Diego, with Market Responsive Pricing to ensure cost-effectiveness and a Dispatchability Adder to incentivize energy storage.

The Dispatchability Adder is a fixed $/kWh bonus on top of the FIT rate, providing value for the Dispatchable Energy Capacity Services (DECS) provided by solar+storage. A well-designed FIT like this one keeps prices low while incentivizing greater deployment of DER. 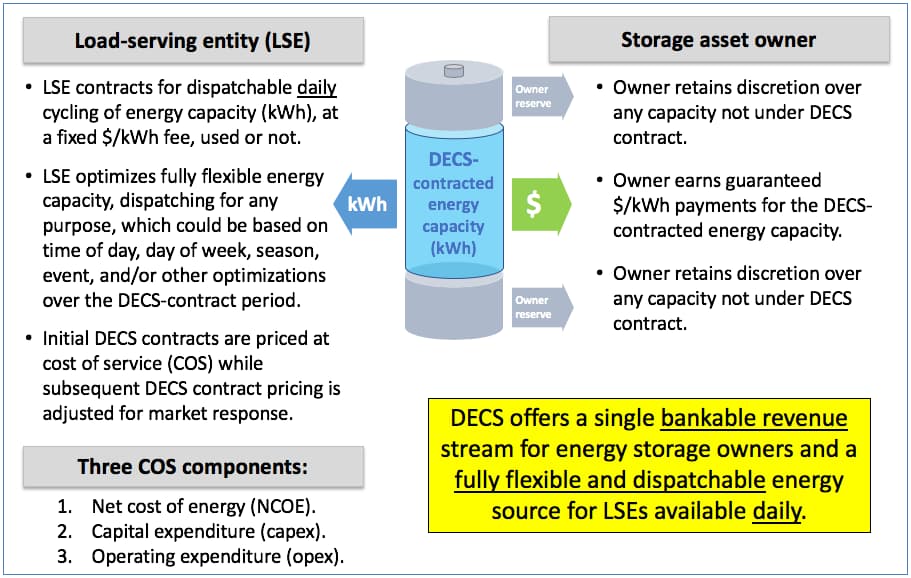 Another barrier to deploying DER is the current time and expense involved in interconnecting wholesale distributed generation (WDG) projects — usually commercial-scale solar. The Clean Coalition has a long history of progress on fixing interconnection and has designed a WDG Interconnection Pilot with these aims: 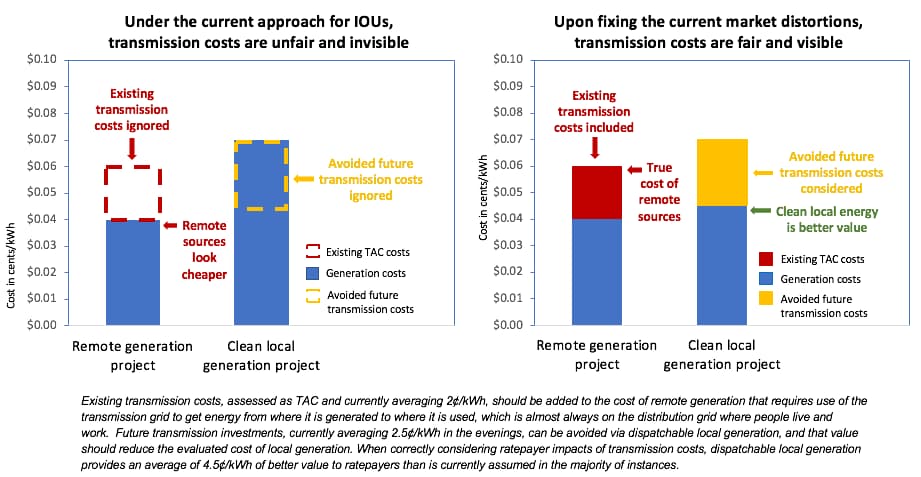 DER provide significant value in avoiding the need for new transmission infrastructure. This value is starting to be recognized by the CPUC in their Avoided Cost Calculator (ACC), which the CPUC uses to calculate the value of DER projects, programs, policies, and deployments, and to evaluate their cost-effectiveness.

This feature originally appeared in the Summer issue of Solar Builder. Subscribe for free (print or digital) here. For more, see this webinar on grid saturation lessons from Australia and Hawaii.