Brownfields are a big opportunity for the solar industry. Tiernan & Patrylo recently partnered with Hannah Solar on two roof-mount solar arrays atop their buildings in Peachtree City, Ga. The combined 755 kilowatt (kW) systems are just the latest addition to the properties, which the company recently revitalized under the Georgia Environmental Protection Division (EPD) Brownfield program. 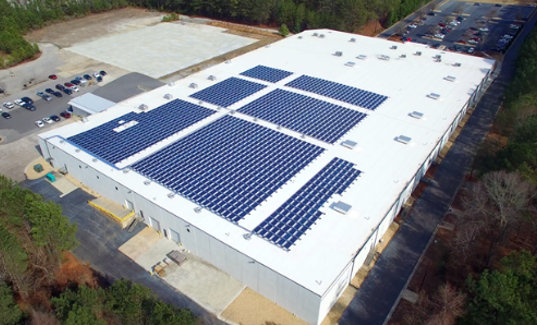 “As an engineer, I have always been interested in solar systems, both photovoltaic and passive solar collectors,” said President and CEO of Tiernan & Patrylo, John Tiernan. “The return on investment for us, given the tax credits and accelerated depreciation, made it a simple decision.”