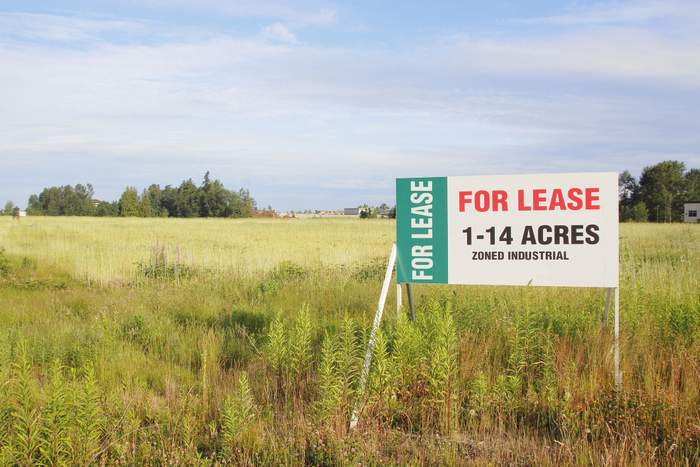 One of the big questions solar developers need answered when moving into a new market is how much to offer for a lease rate. Typically, landowners aren’t actively marketing their property for solar use, aside from a few national land exchange platforms and local real estate brokers aren’t familiar with this relatively new type of development. Thus, determining an appropriate lease rate through third-party data is pretty tough to come by.

While agriculture rates and sale prices are readily available, benchmarking a 40-year land lease with a 3-year initial due diligence period is not so easy, either. Many developers are inclined to benchmark the current market rates for rural uses, such as agricultural or timber, which can be as low as $200 to $300 per acre. This lease rate range would allow for healthy margins, but under closer review it may not be a fair comparison and there are other factors to consider.

Solar projects typically require 2 to 3 years of option time before rent commencement. Granted, the landowner can use his land freely during that time and if the project fails to move forward, the option will expire, and he is in exactly the same situation as before. Also, solar leases are locking into a long term fixed obligation for up to 40 years–very different from a year to year farming lease. This has its pros and cons, but ultimately is a very different deal. Developers can usually overcome these concerns by offering a reasonable option premium, but if they are going to invest the time and energy into this new use, one can expect a need for a premium over the lease rate as well.

One must also consider the highest and best use of the property. If the property is truly in a remote area, then perhaps there will be no higher and better use aside from agricultural land in the foreseeable future, however in many cases these properties are in transitional areas that could be used for residential development in the next 10-15 years.

Like it or not, a solar farm drastically alters the look and feel of a community, and one may not be inclined to upset their neighbors unless a sufficient premium is offered.

Finally, given the opportunities offered by today’s real estate technology and the competitive development market, it is a rarity to find a prime solar site that isn’t already in discussion with another developer. In this case, the negotiation will immediately jump to the highest rate one could afford for solar use. Thus making any previous market values obsolete.

When in Doubt, Start High

Investors ask their brokers “What happens if we go in too high and don’t leave the negotiating room?” The concern of missing an opportunity is understandable, as is the worry that you will be paying too much for one.

This anecdote helps to serve as an answer to this question: When National Land first targeted sites for solar development in North Carolina in 2014, it went to market with an above market lease rate because the projects to be developed would be able to support the figure, and that the premium would incentivize the landowners to move quickly. There was at that time a short window given state tax credit expirations and a big development rush that was quickly filling the interconnection queue.

The project was a major success, and while there was a lot of griping in the development market about who had contributed to the lease rate heating up as much as it did, at the end of the day, not a single project failed because of the extra $200 offered per acre.

Solar sites are in high demand with developers since solar is often the highest and best use for land that is well suited for it. What is of value and in demand comes at a price. Developers who do not want to miss the boat will need to start high, especially when in doubt. They must find the highest number that works for their business, and stay firm on it.

Based in Florida, Nathan Fabrick is VP of Corporate Development of National Land Realty. The company’s proprietary video technology, Land Tour 360, as well as its GIS land mapping system, LandBase, is offered for free to the public.