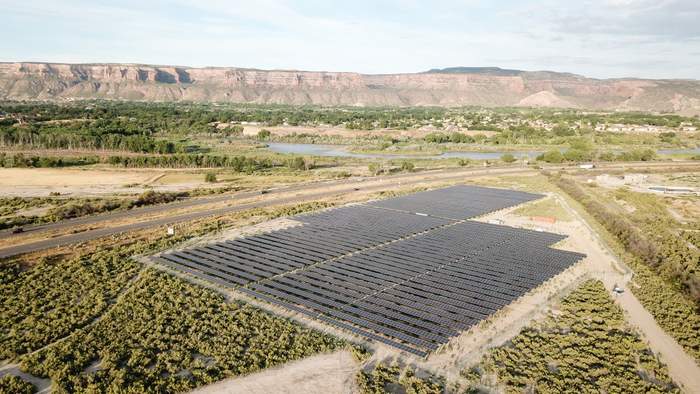 Community solar, which at one time was considered a niche market in the United States, has now expanded to 40 states, with more than 2 GW installed through the end of 2019. In addition, it reached more than 500 MW installed for the third consecutive year last year, the Solar Energy Industries Association (SEIA) reports.

Unlike other segments of the solar industry, community solar allows the cost-efficiency of large-scale solar plants to be brought to individuals, municipalities, businesses, etc. by allowing them to purchase a percentage/portion of array production (versus investing in their own individual projects). Most community solar projects have anywhere between 20 and 100 offtakers (typically including a combination of residential, commercial and governments, among others), which makes it inherently more complicated to bill than a traditional single-offtaker project.

In addition to having multiple offtakers, the billing situation becomes even more formidable when utilities are involved.

For those entering the community solar arena for the first time, it’s important to understand what it means to be the bridge between the aggregator and the utility and how to make sure projected revenues match what you collect at the end of each month, among other lessons. In the end, the internal procedures for billing that are put in place can mean the difference between a successful and unsuccessful community solar project.

Building relationships to expect the unexpected

Since community solar is relatively new to everyone involved, it’s important that aggregators, financiers, developers, and other entities are on the same page from the beginning. Companies must work together to gain a complete understanding of what utility requirements apply to the project before the billing system is implemented.

A close working relationship is important because surprises happen all the time as utilities’ processes evolve on community solar projects, especially the last-minute changes that occur on nearly every project. Being able to talk them through and find solutions that benefit all parties is critical to making billing smooth for all those involved.

There is no substitute for adequate communication throughout the entire process of setting up billing for a community solar project. A lack of information about something that may seem small can end up delaying—and sometimes derailing—the launch of a project.

It’s essential for there to be transparency in all aspects of the community solar project, especially if the project has been purchased after construction has already started. Key utility deadlines must be communicated throughout the entire hierarchy so crucial deadlines aren’t missed.

For example, some utilities require paperwork 60 days before they will grant permission-to-operate (PTO). If those deadlines are missed, there will be additional paperwork (in addition to the original paperwork) to complete. The financier or developer can be required to submit ownership transfer agreements, updated allocation forms, data security agreements, as well as updating the account numbers, all because they are planning to bill and receive revenue. If any of those deadlines are missed it could delay the launch of the project by as much as two months.

Clear communications of milestones and important dates are crucial to success. Don’t forget to bring the project financier into the project as early as possible – leveraging their expertise and familiarity with billing processes can help mitigate communication breakdowns that can delay projects. The resulting delays in revenue can doom a project, whereas proper planning and communications can result in the project going smoothly and billing taking place as expected.

One of the specific challenges in billing community solar projects is that, unlike single offtaker projects, there is more than one meter involved in calculating the amount that will be billed to the end user.

There is one meter installed at the project and then another at the utility—and those two rarely, if ever, match up exactly at the end of each month.

The variances in the amount of electricity recorded at each meter can be by as much as 3 percent, so digging into those numbers to get accurate billing information can be laborious. But to ensure that the third-party billing companies, with whom the end user has the most contact, have the right number, such reconciliation is paramount.

This is one of the most challenging facets of community solar billing and one of the most-often overlooked aspects. It’s critical to make sure revenue plans account for the reconciliation delay.

What about the future?

Currently, third-party aggregators are the most common billing mechanism for community solar projects because utilities are not currently equipped to handle it. As community solar becomes more common, however, it’s expected that utilities will eventually bring the billing in house, especially if they believe third-party aggregators are capitalizing on the utility’s current operational capabilities.

Eventually, billing for community solar will be handled in one unified bill from the utility itself.

In the end, billing for community solar can be intimidating to those companies that have never done it before. But if they focus on building strong relationships, fostering excellent communication and prepare to handle the unexpected issues the crop up in every project, then community solar billing will cease to be a mystery—and everyone will benefit from the project’s successes.

Will Jurith is a portfolio asset manager for Vigilant Energy Management, a Standard Solar company, based in Rockville, Md.