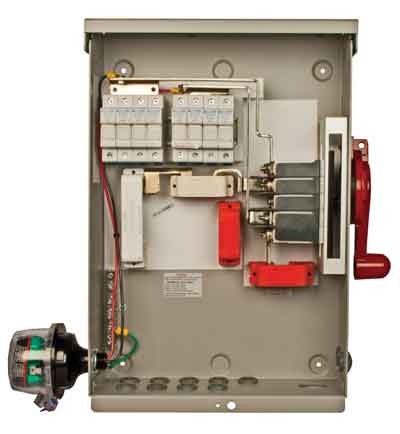 Think about flexibility. MidNite’s MNPV8HV can do several combinations, like a straight parallel and then shoot out to two separate inverters.

After selecting all of the panels, wires, inverters and any analytic software or batteries or storage, you wouldn’t want to select the wrong combiner box and accidentally undermine the entire setup. Like with any product selection, the project’s type, size and scope mean everything when selecting a combiner box, and what works best for a residential install doesn’t translate to commercial, and so on.

Choosing the right combiner box for the job isn’t difficult, but you have to understand the site, the other components and their relation to the combiner. Keep these questions in mind when specing your next job.

How easy is it to install?

Often, the right combiner comes down to its simplicity and the headaches it removes from the project — its ease of deployment and installation. A box with pre-wired fuse holders with pigtails coming out can be a plug-and-play solution that wouldn’t require a licensed electrician to install.

For example, OutBack Power released its Integrated Combiner Solution (ICS) in May, which is an all-in-one solution that includes prewiring, strain-relief cable glands, touch-safe distribution blocks and bidirectional fuse holders.

“If we make it time-saving, economical and as easy as possible with a turnkey solution, installers will include them in every project,” says Andrea Hixson, product specialist with OutBack Power.

What functions do you need?

Your combiner box selection might just come down to a price point and availability. For a residential installation, there are off-the-shelf solutions that pack in a variety of potential configurations, saving the time and extra expense involved with a custom solution. 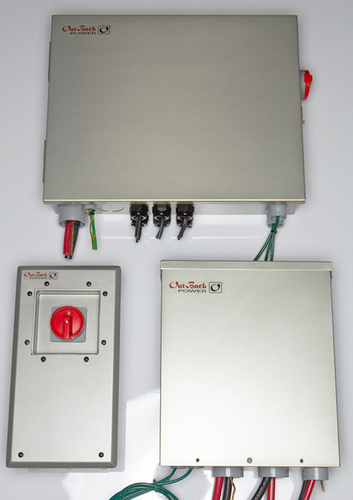 But there are so many new possible configurations of panels, and depending on the other components in the system, the combiner may need to perform more than the basic functions of combining circuits and fuses. Not all manufacturers have the perfect off-the-shelf combiner box that’s ready for every individual scenario. Do you need the flexibility, or do you just need simplicity? Say you have two separate, completely different systems of solar that both run into the same box and will then shoot out to independent controllers. Some boxes can handle that no problem, and others may need to be custom-built.

It used to be the case that all inverters were just grounded and installers would parallel strings into a combiner and then into the inverter. Now there are transformerless inverters that are ungrounded, which means installers have to fuse the negatives. The arrangement is more sophisticated and calls for a combiner box that makes it all come together.

“Basically, before selecting a combiner today, you first have to define the inverter. What inverter is being used?” says Kim Silva, sales with MidNite Solar. “With so many inverter options out there, from traditional string inverters, transformerless and transformerless with dual channel MPPT, we had to narrow down our code-compliant disconnecting combiners to several solutions that would cover all configurations.”

If it is grounded, that’s old school straight paralleling. If it is transformerless, you’ll have to fuse the negatives and be able to disconnect both negative and positive. And then there is the inverter size. With so many inverters now hitting 1,000 volts, you’ll need a combiner to match.

And again, some combiners can handle multiple tasks. MidNite’s MNPV8HV for example, in one configuration, can do three things at once: A straight parallel and then shoot out to two separate inverters. Or, that same box, could handle a transformerless job and fuse up to four negatives and four positives.

Have you considered monitoring?

Some manufacturers can bundle in wireless monitoring technology into the combiner box that allows for panel-level, string-level monitoring across current, voltage and temperature. In addition to the inherent benefits over the life of the install, monitoring provides real-time feedback when commissioning the field. This way, any mistakes or issues will be discovered at the outset, versus much later, preventing bigger problems down the road.

“It’s a way of checking yourself,” says Peter Maros, executive director at Shoals. “There’s an element of human error in any construction project, and it’s far cheaper to check early and often.”

Click page 2 for more on how combiners protect the system — and if you even need a combiner.