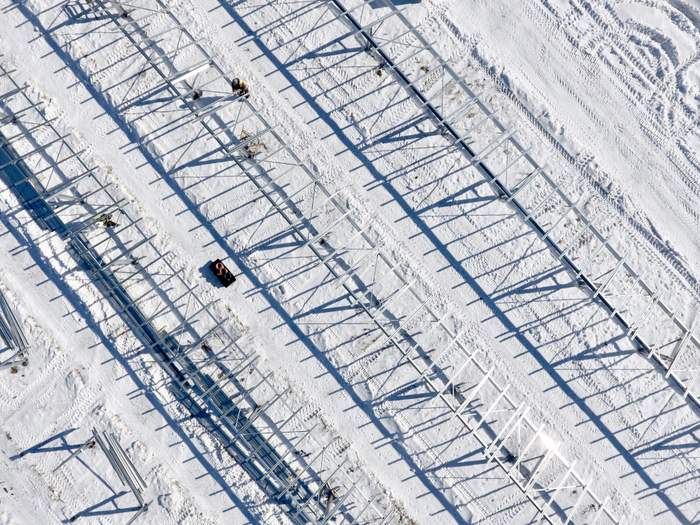 Solar FlexRack, a division of Northern States Metals and an innovative leader in photovoltaic mounting and solar tracker solutions, has been a top provider in Canada for 10 years and just sent word that it’s topped the 550 MW mark of solar projects successfully installed in the country. The accomplishment brings Solar FlexRack’s total to more than 2 GW worldwide.

Global single-axis tracker sales increased by over 40% in 2018 according to IHS Markit. In 2018, Solar FlexRack saw a marked increase in their tracker sales and in 2019 are expecting that number to double. The company continues to expand its market share, having supplied solar projects in Ontario, Saskatchewan, Manitoba, and British Columbia. Solar FlexRack’s advanced solar trackers and project services teams’ expertise far exceed their competitors and for solar project installations that need to withstand harsh climatic conditions like Canada, they are the right choice.

“With Canada’s severe winters, Grasshopper Solar needs an experienced partner with both solar tracking products and project support services that have proven themselves in this region,” said Osman Sediqi, Grasshopper Solar, VP of Operations. “We’ve found such a partner in Solar FlexRack, whose in-depth solar project expertise with cold environments and reliable tracking technology offer us the best value.”

Steve Daniel, Executive Vice President of Solar FlexRack said, “We’re honored to be a tier-one supplier for such a respected global developer as Grasshopper Solar. We look forward to working with them in the future as they expand their global footprint.”