How many of these will you need to size a job properly for its lifetime?

A common misconception is that lead acid batteries cost less than lithium-iron phosphate batteries. However, what most fail to consider is that you have to buy many more lead acid batteries — sometimes double, triple or quadruple as many — just to reach the same usable capacity as you would achieve with far fewer lithium-based batteries.

In layman’s terms, nameplate versus useable capacity is not unlike your annual salary versus your actual take home pay after taxes, social security, health care and other expenses have been deducted. In theory, your offer letter says you will earn $50,000 annually, but your paychecks only deliver a usable $32,500.

Depth of discharge, efficiency and charge/discharge rate not only directly impact the number of batteries that must be purchased up front, they also significantly impact the Levelized Cost of Energy, or the overall cost per kWh associated with a battery over the course of its lifetime.

When trying to determine which battery is most cost effective, review the allowable or (more important) warrantied depth of the discharge. You can often find this information listed as part of a battery manufacturer’s warranty or product data sheets.

Before factoring in efficiency or charge/discharge rates, it’s already necessary to purchase double the lead acid batteries to approach the usable capacity of the lithium battery bank, despite both banks having the same rated 10 kWh capacity. 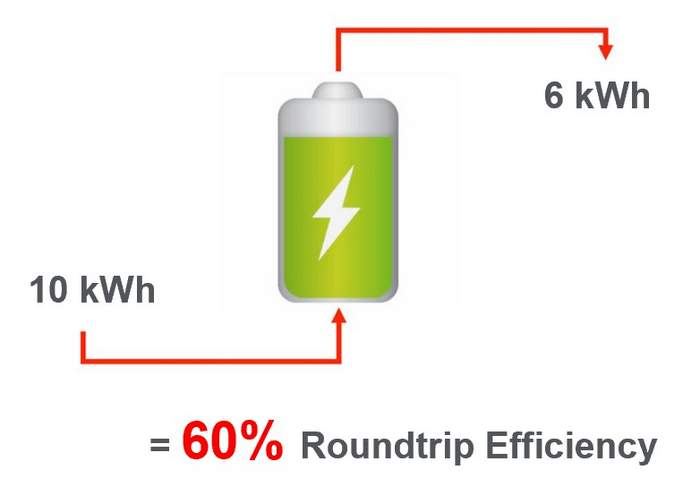 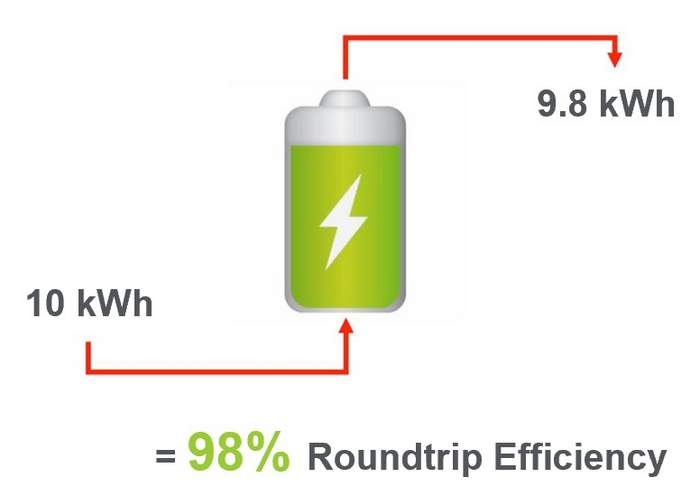 Roundtrip efficiency is the ratio of energy put into a battery versus the energy that comes out of a battery. No battery is 100% efficient because there are always some inefficiencies between the amount of energy sent into the batteries vs. how much energy can actually be used (i.e., is not consumed by the battery during the charge and discharge process). Lithium batteries generally have much higher efficiency than lead acid batteries, which again directly impacts the amount of usable capacity, as demonstrated below.

Levelized Cost of Energy: The true cost of a battery over time

Beyond depth of discharge and roundtrip efficiency, be sure to consider cycle life, or the number of charge/discharge cycles you can get out of a battery over the course of its life. Consider this calculation of LCOE.

When evaluating which energy storage solution is best suited for your next project, it’s important to consider the full range of data specifications needed to determine the overall performance and cost of the battery over time, not just the often misleading upfront price point and assumed performance of the published nameplate capacity.

This post and the entire 12 Days of Storage was contributed by SimpliPhi.