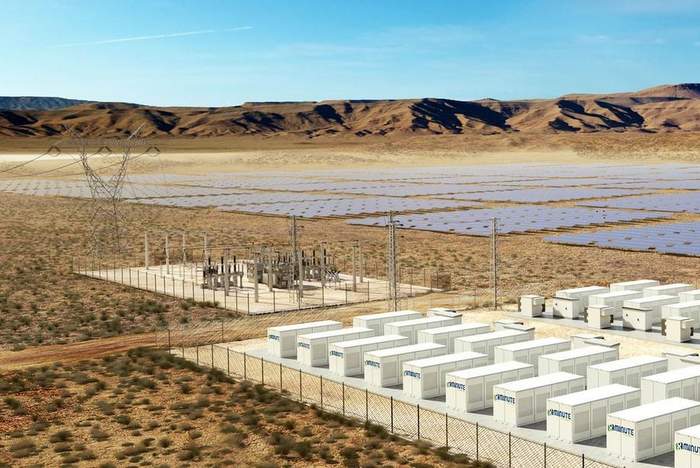 The Los Angeles Department of Water and Power (LADWP), the largest municipal utility in the United States is partnering with 8minute Solar Energy to provide solar + storage —at the lowest combined solar and storage prices on record: less than 2 cents per kWh. The project will be the largest municipal photovoltaic operation in the world and offers a glimpse of the future, with zero carbon sources providing energy cheaper than fossil fuels.

“This is what the future of energy looks like,” said Dr. Tom Buttgenbach, President and CEO of 8minute, “and we’re thrilled to be co-creating that future in collaboration with our fellow innovators at LADWP and the labor community. Together, thanks to Eland’s advanced storage and dispatch capabilities, we’re working to dispel misconceptions about the availability, reliability, and long-term viability of clean solar power. Utilizing existing transmission infrastructure to an extent never before seen for solar power plants, allows for the rapid expansion of clean energy projects while saving the ratepayer money.”

As the country’s largest independent solar and storage powerplant development company, 8minute will build a massive new state-of-the-art facility—Eland Solar & Storage Center—to serve the needs of the LADWP. Eland will deliver up to 400 MW of clean energy to the grid while capable of storing up to 300 MW/1200 MWh (megawatt hours).

Located just 70 miles north of Los Angeles close to California City on over 2,000 acres of barren, desert land, much of which was previously disturbed, Eland will be built in 2 phases starting operations in 2022 with full operational capabilities in 2023.

The Eland Solar & Storage Center has been engineered by 8minute to provide fully dispatchable power under control of the LADWP to meet its customers’ demands with reliable and cost-effective power—a capability previously reserved for large fossil fuel power plants. Eland’s ability to provide fully dispatchable power for less than the traditional cost of fossil fuels effectively positions solar PV as an attractive candidate to be the primary source of California’s 100% clean energy future.

When the Eland cluster comes online in 2023, 8minute will be the largest provider of clean energy to Los Angeles—supplying enough clean power for more than a million people throughout LA County. With a projected annual production capacity of more than 1.7 billion kWh, Eland will reduce carbon emissions by nearly 1.2 million metric tons each year, equivalent to taking nearly 150,000 cars off the streets. The project’s development and construction is expected to create more than 700 new jobs during the peak of construction.