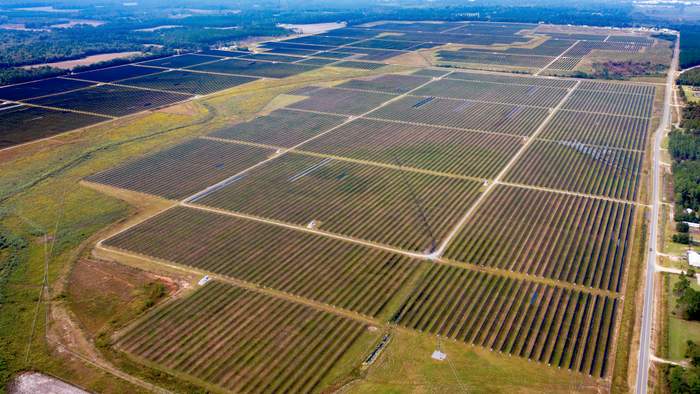 McCarthy Building Companies Inc. has begun construction on two solar projects in south Georgia for Silicon Ranch Corporation. The utility-scale solar facilities include the 107-megawatt (MWAC) Snipesville II in Jeff Davis County in southeast Georgia and the 80 MWAC Lancaster Solar in Calhoun County in the southwestern part of the state.

Silicon Ranch, the U.S. solar platform for Shell and one of the nation’s largest independent power producers, selected McCarthy’s Renewable Energy and Storage group as Engineer-Procure-Construct (EPC) contractor for both projects. McCarthy is responsible for the design, procurement, construction, and commissioning of the facilities. Silicon Ranch is funding the installations and will own and operate the arrays for the long term, a disciplined approach the company takes with every project it develops.

Construction: McCarthy plans to hire more than 500 craft workers to construct the two projects — the majority of whom are being recruited from the local region and the military veteran community as part of its new veteran recruitment program — and will train laborers seeking utility-scale solar construction experience. Workers will assemble, install and wire horizontal NEXTracker single axis trackers supporting approximately 350,000 solar modules at Snipesville II and 260,000 modules at Lancaster.

Portfolio details: The Snipesville II and Lancaster Solar Farms are part of a portfolio of projects that will provide power to Walton Electric Membership Corporation (EMC) as part of the utility’s agreement to supply 100% renewable energy for Facebook’s data center in Newton County, Georgia. In total, Walton EMC and Silicon Ranch have executed six contracts totaling 435 MWAC of new renewable energy generation to support Facebook’s operations in Georgia. Silicon Ranch commissioned the first of these projects, the 102.5 MWAC Bancroft Station Solar Farm in Early County, in November 2019. Both the Snipesville II and Lancaster Solar Farms are scheduled to be completed in late 2021.

“Walton EMC and Facebook deserve enormous credit for making these solar projects possible and for enabling Silicon Ranch to make meaningful investments in rural communities across the state,” said Silicon Ranch Co-Founder and CEO Reagan Farr. “As the long-term owner of our projects, Silicon Ranch is committed to the communities we serve, and we are pleased to work with McCarthy to advance this legacy in both Jeff Davis and Calhoun Counties.”

Each solar project represents a significant capital investment and will provide economic benefits to the local community and surrounding region through the injection of new wages and other indirect and induced impacts throughout the construction period. Additionally, the projects will generate economic and environmental benefits that present over time through critical tax revenues that benefit local schools, the generation of clean, renewable energy, and implementation of Silicon Ranch’s Regenerative Energy platform for land management at the sites.

“Silicon Ranch continues to be an excellent partner in helping us meet the needs and desires of Facebook, one of our customer-owners,” said Walton EMC CEO Ronnie Lee. “Because Walton EMC is a cooperative, serving those customer-owners and caring for our communities are both top-of-mind for our directors and employees.”

“Although many industries are suffering during these challenging economic conditions, utility-scale solar construction jobs are on the uptick around the country, and Georgia is no exception. We are continually working to help local skilled craft workers, veterans and those displaced from jobs in hospitality, retail, food service, and other sectors to join our solar project teams and receive the training needed to develop rewarding careers in the growing renewable energy sector,” said Scott Canada, senior vice president of McCarthy’s Renewable Energy and Storage group. “We are thrilled to be supporting the state of Georgia’s economic development and clean energy goals with the construction of these two solar facilities that will help support Facebook’s operations in the state and look forward to working with local economic development groups to hire local workers and military veterans who can be part of building the state’s new energy infrastructure.”