Momentum Solar is a privately held solar energy company headquartered in Metuchen, N.J., that just announced its rapid expansion in the Tri-State area. In fact, Momentum showed an averaged 74 percent increase in workforce quarter over quarter since the beginning of 2015. 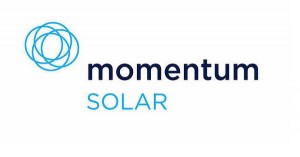 As part of its model, Momentum tries to stay away from subcontracting, which the company believes becomes problematic if the teams are unreliable or not similarly trained. Momentum has complete control over training installers on the equipment being utilized.

So, all of this expansion requires more bodies. Recruiters at Momentum are determined to continue sourcing both experienced N.J. solar energy professionals and local recent graduates of trade schools, while also networking within the industry to onboard local talent. The majority of placements are operational and integral in completing a solar installation.

“The average system size for homeowners makes our consumption offset nearly 95-100%, based on how much the solar system produces. We build each job in about 1-2 days but 1-day installs are always our goal,” said James Valerioti, VP of Field Operations. “Our experienced internal teams always work efficiently to reach that goal.”

After the field crew completes a solar installation and the Permission to Operate (PTO) is granted by the local utility, the system is able to tie into the power grid once confirmed it is working properly. This is why it’s so important to have control over who completes each installation. The homeowner can then flick the ‘solar switch’ and start saving money by producing clean energy.