Stop us if you’ve heard this one before, but solar companies are laying off workers in Nevada and looking for business out of state. Following the now infamous decision to slash net metering buyback rates and add high fees for solar customers in Nevada, Las Vegas-based Radiant Solar Solutions of NV was forced to lay off 15 workers, 90 percent of its Nevada workforce. Radiant is considering relocating some to states with more stable solar policies. In addition, Premier Solar Solutions, a local solar sales and installation company based in Henderson, Nev., was forced to eliminate 66 full-time positions. Premier Solar Solutions brought solar savings to hundreds of families in Nevada before the Commission imposed the new fees.

“We are devastated that the Commission’s anti-solar decision forced us to layoff 66 hard-working employees who were bringing the first form of energy choice to Las Vegas families,” Robert Lamore, Owner, Premier Solar Solutions. “Governor Sandoval and Commissioners Noble, Thomsen, and Burtenshaw changed the rules in the middle of the game, eliminating local jobs and wiping out investments for thousands of families who chose solar. After the PUC ruling we had no option but to close our office in Henderson, layoff our staff of 66 people and to relocate the company to a state that favors small business and the right for customer choice. The Commission should reverse this decision immediately.” 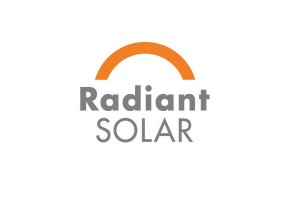 “Unlike many solar companies, we personally handle every aspect of the permitting, design, installation and rebate process,” the company said. “Our in-house CAD-designer, HOA and permitting department and office administration all work together to make the process quick, efficient and customer service friendly.”

In addition to eliminating a growing, job-creating industry, the Commission’s decision undermines the investment of 17,000 homeowners who were encouraged by the state to go solar. The increased rates, which took effect on Jan. 1, apply to all homeowners who have solar.

“We were proud to call Nevada our home, and bring solar savings to homeowners across the state,” stated Jack McClary, spokesperson for Radiant Solar Solutions of NV. “All that came to an end when Governor Sandoval’s appointed Commissioners, David Noble, Alaina Burtenshaw, and Chairman Paul Thomsen supported NV Energy over the good of Nevadans and thousands of solar jobs. This decision by the PUC halted our ability to proceed with many customers who were in the process of going solar and adversely impacted the lives and finances of great workers who were laid off.”