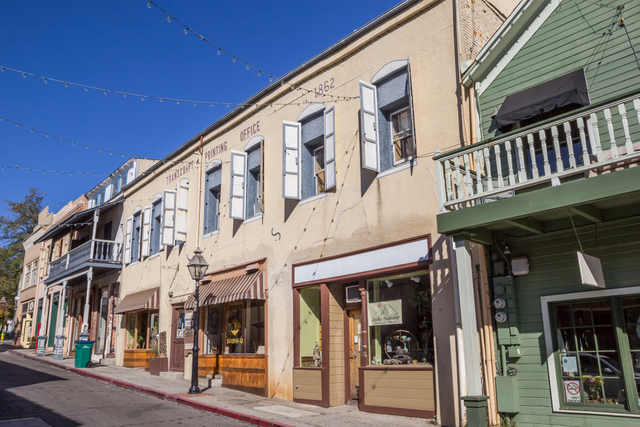 Surrounded by city council members, key members of the community and partners, Mayor Duane Strawser announced that Nevada City, Calif., would became the latest in a growing movement of mountain communities to commit to move to 100 percent clean, renewable energy. The city’s near unanimous vote to ensure that the city’s electricity will come entirely from renewable sources by 2030 and that all energy sources would be renewable by 2050.

Nevada City is now the 41st city in the country to establish a 100 percent renewable energy goal and comes on the heels of similar pledges from South Lake Tahoe, California and Park City, Utah, showing that mountain communities are taking control of their energy future.

“Nevada City’s commitment for 100% renewable energy is driven by our community.” said Mayor Duane Strawser. “The passion for the natural environment and our responsibility to take care of it is part of the fabric of what makes Nevada City a very special place to live. I challenge other communities across the nation to join us in this goal.”

Nevada City’s resolution is grounded in a burning reality as the growing impacts of climate change threaten this mountain community. Fourteen of the 15 hottest years on record globally have occurred since the beginning of this century, and 2017 is predicted to be the second warmest on record.

Nevada City has an existing Energy Action Plan (EAP) with a goal of a 28 percent reduction in electricity use by 2020. The resolution will lead the way toward updating the EAP to transition to 100 percent renewable energy by 2050.

Chicago steps up: City buildings to run on 100 percent renewable energy by 2025

“The South Yuba River Citizen’s League is thrilled that Nevada City is joining other communities committing to 100% renewable energy”, said Caleb Dardick. “We are proud that Nevada City supports our Wild and Scenic Film Festival that has brought activists and concerned citizens to learn about the latest efforts to protect the environment. Nevada City’s environmental leadership is a model for the type of municipal advocacy that is needed nationwide.”

“The Sierra Nevada Alliance (SNA) is proud to work with cities like Nevada City,” said Jenny Hatch, SNA’s Executive Director. “Nevada City recognizes the many impacts on the local economy and environment that climate change will bring. At Sierra Nevada Alliance, we bring together the passion to fight climate change with the passion to protect our mountain communities to make an unstoppable force for change. That’s why it is no surprise that mountain cities are leading the way on renewable electricity.”

”I am proud to be part of the community of Nevada City,” said Paul Jorgensen owner of The Magic Carpet. “I look forward to helping others commit to and attain a transition to 100% clean energy. Our future depends on it. Nevada City’s success gives a blueprint to other mountain towns, cities, states and countries across the globe to be a part of the climate change solution.”