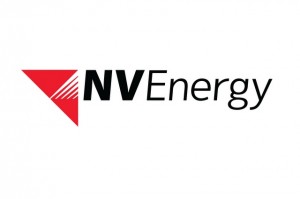 NV Energy last week filed with the Public Utilities Commission of Nevada (PUCN) a new Subscription Solar program that will give residential and eventually, small to midsize business customers the option to meet up to 100 percent of their energy needs with renewable energy.

If the program is approved as filed by the PUCN, eligible customers will be able to subscribe monthly to 100 kilowatt-hour (kWh) ‘blocks’ of solar energy. Customers can subscribe to a minimum of one block up to an amount of blocks not to exceed their average monthly usage. NV Energy says this program will be different from those offered in other states is that the resource generating the renewable energy is in Nevada.

“This program is specifically designed for customers who may not have access to a rooftop, but who would like a low-cost, renewable energy option or for those whom building their own rooftop system isn’t a great option,” said Egan.

Reminder that many customers won’t have access to rooftop solar in part because NV Energy helped kill the rooftop industry in the state.

The projected cost per block is $2 a month, which would make NV Energy’s Subscription Solar program one of the lower-cost programs of this type in the nation. This is in addition to a customer’s normal monthly bill. For example, if a customer in an apartment using 600 kWh a month desired to be 100 percent “green,” they would subscribe to 6 blocks for a monthly premium of $12, plus applicable taxes and fees. The Subscription Solar program does not require any long-term contracts or upfront investments, and there are no cancellation fees or participation period commitments.

NV Energy has designated 10 megawatts of solar energy from the Boulder Solar I facility to meet the initial needs of the Subscription Solar program. NV Energy, in conjunction with Apple, also designated an additional 5 megawatts of the Techren II facility, which is projected to be operational in 2019.

The PUCN has up to 210 days to make a decision on this filing.