But you maybe already knew that 50,000-ft view. What’s happening in your markets? For those answers, you’ll want to check out this handy new Solar Jobs map, which shows metropolitan areas across the nation also saw historic solar jobs growth from 2015 to 2016,. For example, solar jobs in the Cleveland, Ohio metropolitan area doubled, for a total of 1,632 solar workers in 2016. The number of jobs in the San Antonio, Texas metro area increased by 146 percent to 1,767 solar workers. 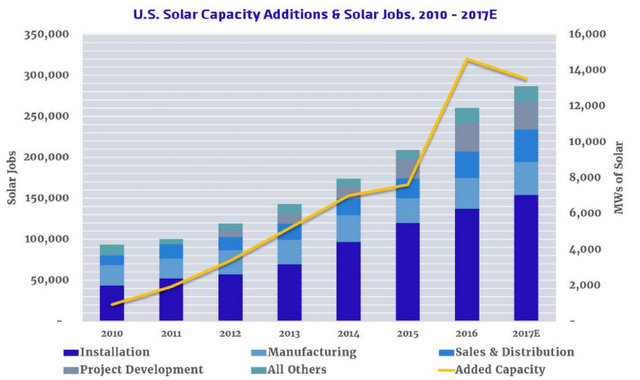 “The solar industry is generating well-paying jobs everywhere from Detroit to Miami to Salt Lake City, and in states from Ohio to Texas to South Carolina,” said Andrea Luecke, President and Executive Director of The Solar Foundation. “America’s solar energy boom adds tens of billions of dollars to our economy each year, all while providing an affordable, reliable, and local energy source.”