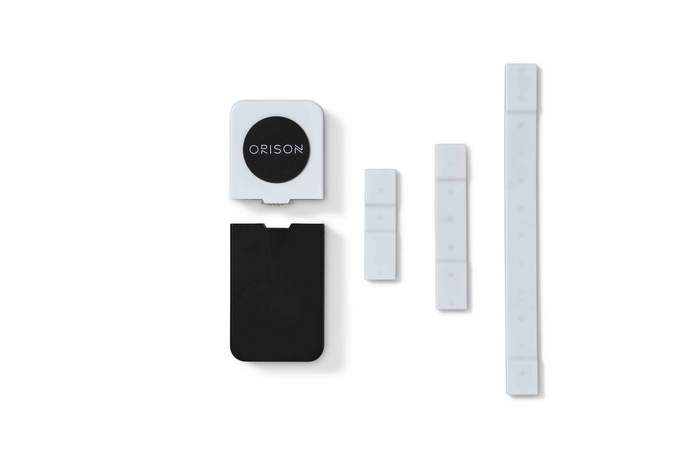 Octillion Power Systems of Hayward, Calif., a provider of advanced lithium-ion storage systems, worked with Orison Inc., an energy storage company based in Wyoming, to develop a compact, customized battery pack that allows home owners to self-install their own home-battery system that can either power from an existing solar PV system or the grid to be used during an unexpected power interruption.

As shown above, it is definitely smaller-scale and modular. Octillion supplied 1.1 kWh batteries for the new system, each of which uses two batteries. A single battery is 2.5 inches thick and weighs only 22 pounds. On average, the overall system, which includes power electronics and an inverter, weighs 85 pounds with no single component over 28 pounds, compared to other systems that are more than 250 pounds.

“This is an ideal energy-storage solution for homeowners or small businesses, because the system is simple to install, lightweight and scalable to optimize your energy and to ensure power is where you need it during an outage,” said Eric Clifton, founder and CEO of Orison. “We’d like to thank Octillion for their work in helping us to design this first-of-its-kind battery.

Clifton further explained that when connected to solar panels, the energy is captured by the storage system and can be used when needed. The new energy system is estimated to be less than a quarter of the cost of currently available backup power units, Clifton said. That is made possible in large part because Orison’s streamlined design allows the owner to mount the system themselves, eliminating costly installation fees associated with other home storage systems.

“One of the biggest challenges facing the renewable energy market today is the lack of sufficient storage to address intermittent loading and demand shifts,” said Paul Beach, president, Octillion. “The battery pack that we use with Orison’s system allows for an expansion of solar panel use in areas that are already at max-capacity, increasing community efficiency and minimizing environmental impact. It can work for any building, house or apartment.”

The system provided by Orison allows for energy to be stored in the event of a disruption, keeping customers unaffected by the chaos of getting the grid back online. In a power outage, Orison’s energy-storage system provides a safety net that makes customers temporarily independent from grid shutdowns and self-reliant on their stored energy. This is especially important in the West Coast Region of the United States, where in recent years wildfires have become more common, Beach said.

In California alone, there are approximately 25,600 electricity blackouts each year. These events impact 28 million people, backload the grid and lead to further complications. One Stanford professor calculated that a single blackout in the fall of 2019 likely cost small commercial and industrial businesses $2.4 billion. The U.S. Department of Energy estimates yearly power outages cost the U.S. economy $150 billion annually.