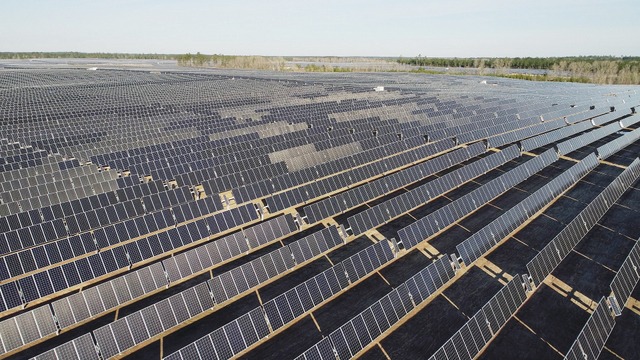 The 540-acre site, MS Solar 3, includes 206,000 polycrystalline solar panels which gather sunlight and transform it to energy that will power up to 11,400 homes. MS Solar 3 uses the best, most efficient solar technology available. Origis Energy built, owns and operates the facility while Hattiesburg-based Cooperative Energy has agreed to purchase all electricity the plant produces. Cooperative Energy is a not-for-profit, Member-owned generation and transmission cooperative that supplies electricity to 11 Member cooperatives that stretch from the Gulf Coast to the Tennessee line.

Origis Energy is helping to power the solar revolution with the construction of more than 100 operations worldwide. The company broke ground on the Sumrall facility in May 2017 and met its goal of production by year end.

“Solar energy benefits all stakeholders – the companies, the end users, the public and the regulators,” said Guy Vanderhaegen, Origis Energy’s CEO and president. “We firmly believe you will see more electrical utility companies seek to expand their portfolio by adding solar and partnering in projects such as this one. This area geographically benefits from an abundance of sunlight and we know it will be successful in reaching its generation goals.”