Utility costs in Hawaii are higher than most of the United States, so it’s not uncommon to see solar panels installed on larger projects to take advantage of the state’s plentiful sunshine. After repairing a 30-year-old standing seam roof, the Word of Life Christian Center installed an 82 kW solar array, attached with clamps from S-5!.  The S-5! zero-penetration clamps attach ancillary items to standing seam metal roofs without violating the integrity of the roof or the roof’s warranties. 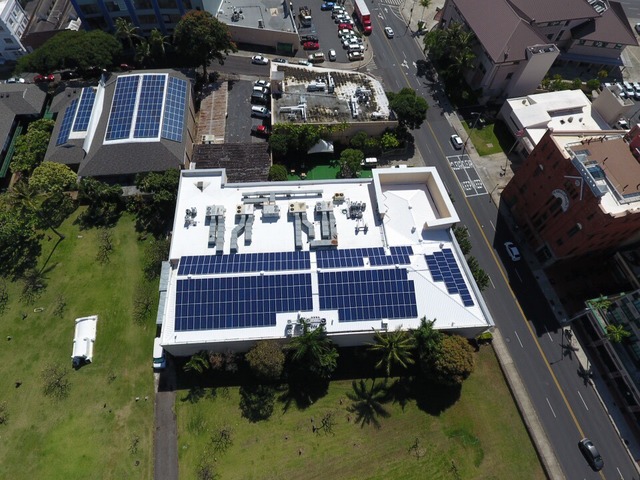 To cover the cost of the roof repairs as well as the crystalline solar panels, the Word of Life Christian Center entered into a Power Purchase Agreement, where any unused electricity was sold back to the local power company. This required no money down and allowed the congregation to save money from day one. The solar system was made up of 241 340W P17 Modules from SunPower of San Jose, Calif., each secured with Mini Clamps from S-5!. The system is projected to produce 124.9 MWh in the first year. Almost 50 percent of the roof is covered by solar panels.

“After the roofing work was completed, we installed the solar panels in three different portions of the roof,” says Kurt Blum, project manager for Hi-Power Solar. “They were mostly southwest and southeast facing, but there was also a northwest facing roof. 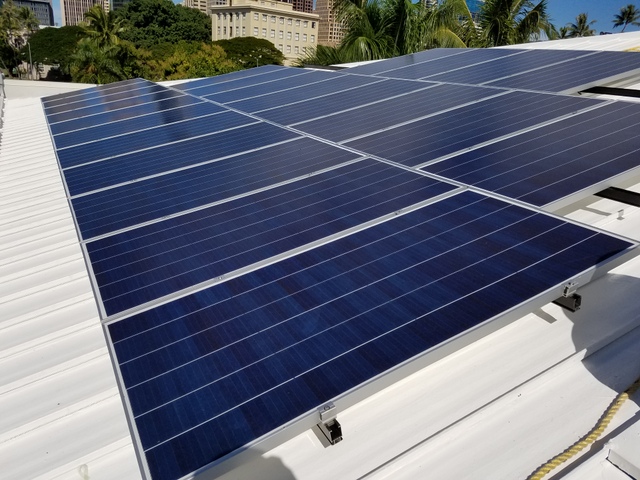 “It was a pretty straightforward install. We had to work around some HVAC equipment, but that’s on almost every job. We used the S-5! clamps because they’re easy to work with and they don’t penetrate the roof. The roofer was onsite a couple times, making sure we weren’t messing up his work.”

One of the challenges with solar projects is securing financing and receiving permit approval before the deadline for the net-metering installation expires. For this project, once funding was approved and in hand, Hi-Power Solar was under the gun to get the installation completed by that deadline. CivicSolar of Austin, Texas, efficiently supplied S-5! products in a timely manner to help Hi-Power Solar make the deadline. 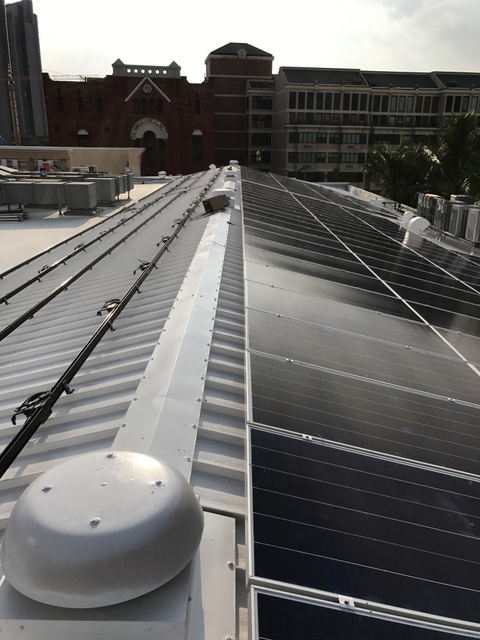 Blum says the aluminum S-5! clamps stand up to the salty air of the island and the company provides all testing information to make engineering of the project as easy as possible. Before any installation, the roofer coated the entire standing seam roof and gutter system with Gaco Roof Coating to improve water-tightness. The solar panels were attached with approximately 450 S-5-U Mini clamps with the DualRack Standard Rail.

“Hawaii occasionally has some hurricane force winds, so it’s important to have a properly engineered system,” Blum says. “The engineers worked with S-5! to get specs needed. S-5! did all the work.”