Phoenix Nuclear Labs (PNL) has signed a long-term agreement to be the exclusive supplier of high current proton accelerators to California-based Rayton Solar to produce low cost, high efficiency solar panels. Under the terms of the agreement, PNL will deliver the first system to Rayton at the end of 2017, followed by several additional units in 2018 and 2019. 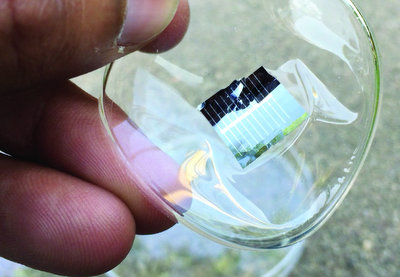 Rayton Solar has developed a technique that they expect will reduce the cost of solar panel manufacturing and increase energy efficiency. We profiled it here.

“We are capable of making up to 100 times as many solar panels with the same amount of silicon that our competitors use to make just one panel,” said Rayton Solar CEO Andrew Yakub. “The high current, high voltage proton accelerator developed by PNL is critical for our process, and we are thrilled to have them onboard as a long-term partner.”

“Rayton Solar’s technology has the potential to increase the availability and decrease the cost of clean, renewable solar energy. We are excited to partner with Rayton to provide a technology vital to their process,” said Evan Sengbusch, VP of Business Development for PNL. “This collaboration is a perfect example of advancing the PNL mission by customizing and deploying our technology in ways that better humanity.”

PNL’s prototype proton accelerator will be delivered to Rayton Solar’s headquarters in Santa Monica, CA in late 2017. Rayton is currently raising additional equity capital via the crowdfunding platform Start Engine to support the scale up to a larger manufacturing facility in which additional PNL systems will be installed for higher volume solar panel manufacturing.