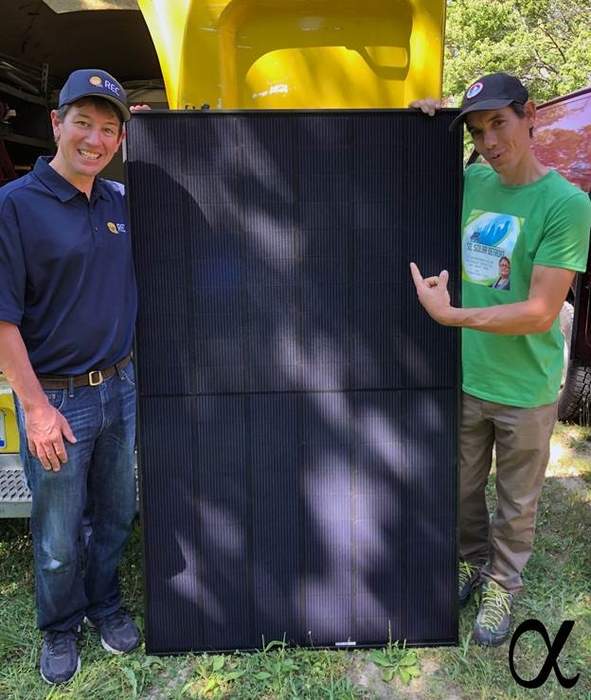 “REC is committed to empowering all communities through access to clean energy,” said REC Group Americas president, Cary Hayes. “Our partnership with the Honnold Foundation allows us to make a direct, positive impact on low income families by helping to reduce their electricity bills through solar.”

The collaboration has already resulted in tangible benefits for homeowners. In August, REC Group donated 145 panels, for a total of 50 kW, to be installed on low income Detroit residences through its partnership with the Honnold Foundation. REC Group and the Honnold Foundation worked with the North End Woodward Community Coalition (NEWCC), a non-profit committed to preserving and promoting the communities of the North End Woodward district of Detroit, to identify the right homes for the solar systems.

With the addition of solar, 10 multi-generational Detroit families can expect to offset their electricity bills by approximately 50% and use the money they saved to better provide for their families. REC, NEWCC and the Honnold Foundation captured the project in a moving documentary, “Solar Detroit: Community Powered,” available to view here.

“NEWCC is doing really amazing solar energy access work in Detroit, and it was awesome to be able to support them,” said Honnold Foundation founder, Alex Honnold. “This project supports low income families and increases solar energy adoption. It was great working with REC on this project, and we’re excited for the next one.”

The Detroit project is the first of a growing venture between Honnold Foundation and REC Group to expand accessibility of solar to communities around the country. REC Group is continuing its work with the Honnold Foundation, with an upcoming project in conjunction with electric adventure vehicle maker Rivian, to establish a solar micro-grid to power downtown businesses in Adjuntas, Puerto Rico.

The solar manufacturer with Scandinavian heritage donated its newest line of solar panels, the REC Alpha Series, to three of the ten homes. The REC Alpha Series is a high power, high efficiency solar panel using heterojunction technology to provide 20% more energy than would be produced by a similar conventional solar panel in the same space. Heterojunction is the most advanced commercialized solar technology in the market today.