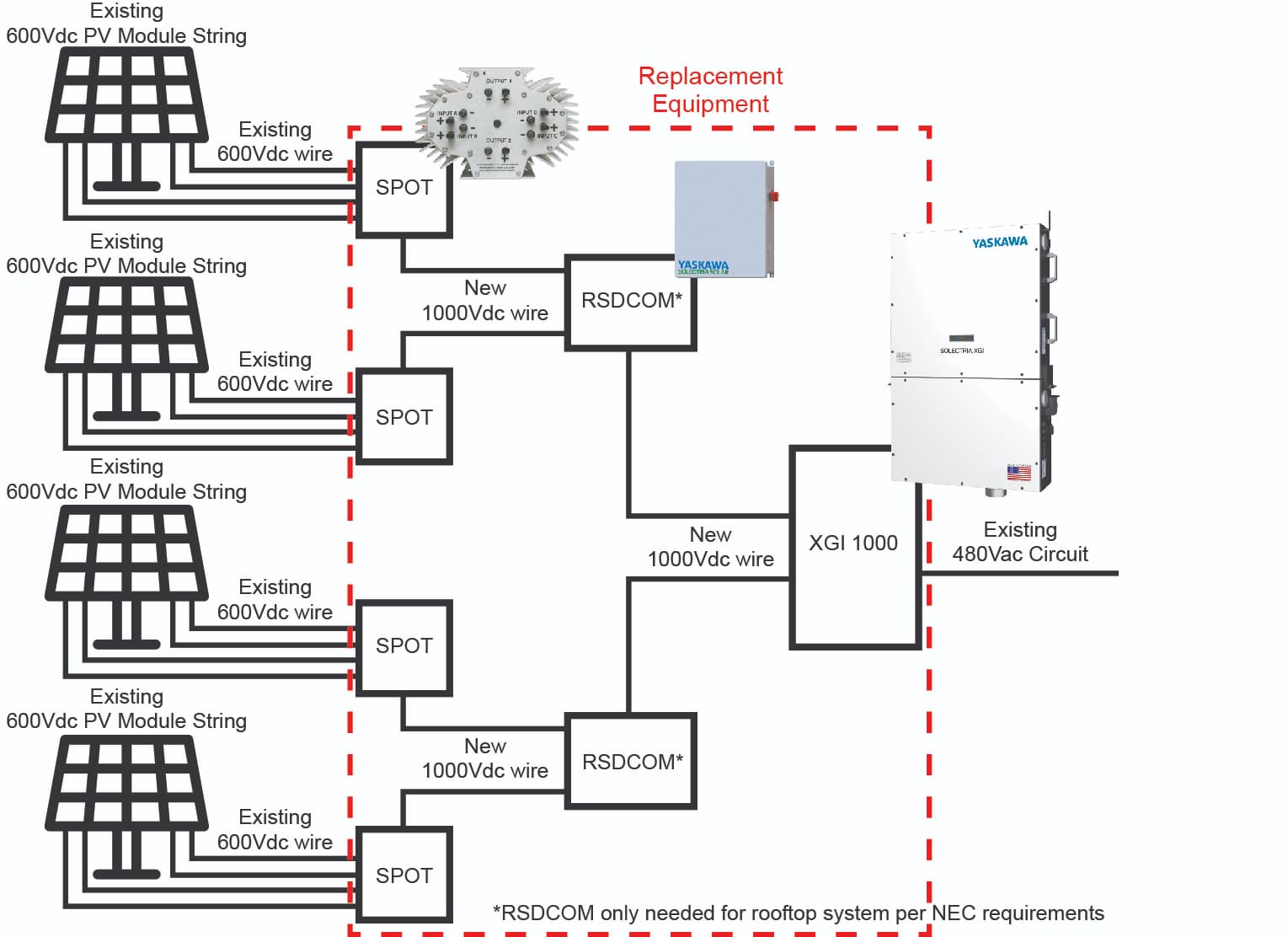 The integration of the Alencon SPOT and Yaskawa Solectria Solar’s XGI 1000 offers end users a tested and complete solution for repowering 600V PV plants with new high efficiency inverters and optimizers. The updated PV array will be able to remain negatively or positively grounded as originally designed.

Interoperability was confirmed during extensive compatibility testing of the two units at Alencon’s power electronics laboratory located at their Hatboro, PA headquarters. Testing included operating the XGI 1000 inverter in a constant voltage mode, where the SPOT performs string level maximum power point tracking while providing the XGI 1000 a fixed voltage that allows it to run at its maximum efficiency.

Both the SPOT and XGI series inverter are designed, tested and built in the United States and compliant with the Buy American Act (BAA), making this unique solution ideal for customers with mandates to comply with the BAA including military and other government entities.

“The testing conducted between Alencon and Solectria confirms that the XGI 1000 and SPOT platforms perform perfectly together, creating an elegant American-made solution for restoring and improving 600V systems.” said Miles C. Russell, Director of Product Management at Yaskawa Solectria Solar.