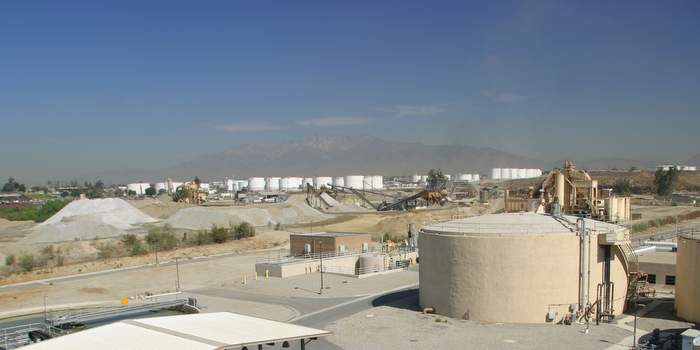 The city of Rialto, Calif., announced their joint commitment with Rialto Water Services and Veolia North America, in an ambitious plan to design and install a microgrid powered through a unique combination of biogas cogeneration, solar power and backup battery storage to power the city’s wastewater treatment plant. This project is one of the first of its kind in California, and meant to bring the city greater energy independence, resilience and efficiency to protect its essential wastewater treatment system.

“As California and the rest of the country contend with a growing number of natural disasters linked to climate change — including widespread power outages and brownouts caused by heat waves and wildfires — the resilience offered by a microgrid power source is more important than ever,” said Rialto Mayor Deborah Robertson.

“We recognize that the time has come to invest and think boldly and creatively in protecting our resources,” she said. “This project represents a great step forward in the way municipalities like ours can take positive steps toward a more green future.”

Brian Clarke, president and CEO of Veolia North America, said the company is proud to bring its expertise and resources to support the city’s vision for greater energy independence and sustainability. Veolia operates and maintains the treatment plant on behalf of the city and its partner, Rialto Water Services.

“I commend everyone involved for their commitment to making this vision a reality for the people of Rialto and the community’s natural resources,” he said. “It’s this kind of forward thinking that is putting Rialto in a position to meet the challenges that we all see coming down the road in the years ahead, both environmentally and economically.”

In addition to energy efficiency and resilience, this project will make significant contributions to protecting crucial natural resources in the area. Rialto Mayor Pro Tem Ed Scott pointed out that the wastewater treatment plant is located near an environmentally sensitive waterway which supports a population of endangered Santa Ana suckerfish.

With the new microgrid in place, the plant would be less vulnerable to power outages that could cause the plant to shut down and potentially lead to wastewater spills into nearby waterways.

“We know there is a great deal of concern about the endangered species which rely on our local resources,” Mayor Pro Tem Scott said. “We are proud to partner with government and grassroots level environmental groups to make the survival of the suckerfish and other species more secure.”

Expected to be completed by 2024 and cost approximately $8 million, the funding will be absorbed by a visionary concession arrangement under which the plant is operated, rather than from increased taxes in the community.

This 30-year public private partnership was established to improve operation of the City of Rialto’s water and wastewater system, and to gain capital from private equity partners and capital finance markets. The concession agreement’s initial funding allowed the city to invest in necessary capital improvements in the system while setting aside funding for deferred utility system lease payments and strategic reserve funds.

This microgrid project represents the first of the next-generation projects in support of the city’s commitment to innovation and sustainability. The project is expected to save the Rialto approximately $350,000 annually in energy costs, with an average return on investment in about eight years.