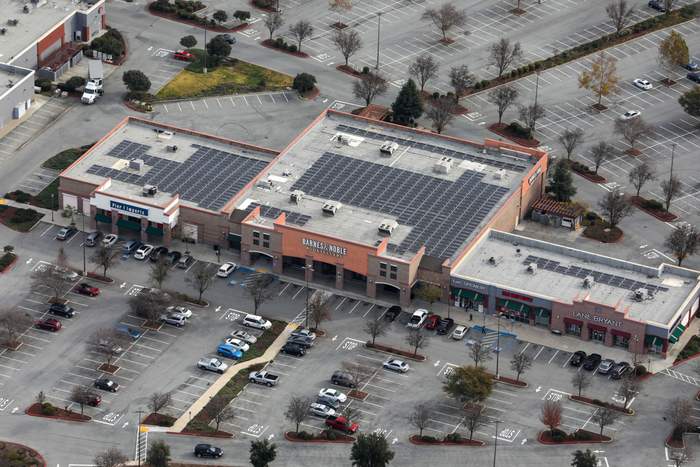 The first project of the relationship, a 240 kW solar rooftop system at Gilroy Crossing Power Center in Gilroy, California, was completed earlier this year. Anchored by Target (NAP), Kohl’s, Ross, Bed Bath & Beyond, Michaels, Barnes & Noble, and PetSmart, Gilroy Crossing is expected to produce approximately 360,000 kilowatt hours of electricity in its first year of operation, the equivalent of charging more than 33 million smartphones.

“ShopCore prioritizes being a sustainable partner in the communities where we operate, and Safari Energy has enabled us to deliver on that promise,” said Luke Petherbridge, President & Chief Executive Officer of ShopCore Properties. “This is an instance where we were able to work together to identify prime opportunities to improve our operational efficiency, reduce our environmental footprint, and ultimately benefit the community.”

Three additional commercial solar projects between ShopCore and Safari Energy are nearing completion with several more in the pipeline. These additional projects are located in Deptford Township and Sewell in southern New Jersey, as well as Stockton and San Leandro in northern California.

Safari Energy has developed or acquired more than 400 commercial solar projects nationwide, including dozens in New Jersey and California alone.

“Working with ShopCore to roll out a solar power program has been incredibly fulfilling, especially knowing how they will become part of the fabric of the community,” said David Heyman, Chief Executive Officer, Safari Energy. “We look forward to building on our early successes to further support the sustainability efforts of the Blackstone family of companies.”