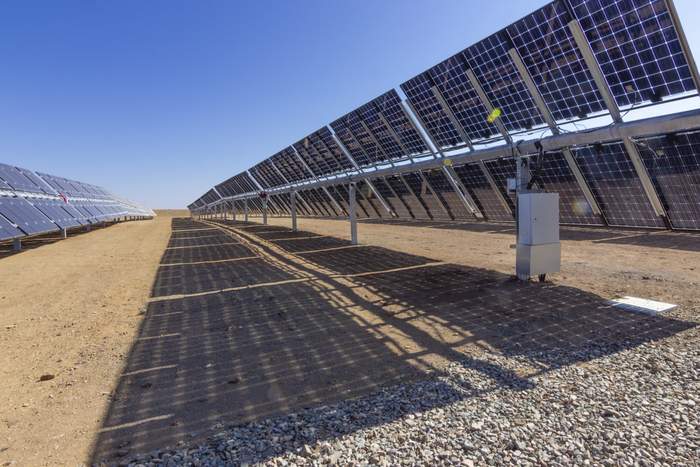 As commercial and utility-scale solar projects become more widespread, fires and failures shouldn’t. Unfortunately, the number of rooftop solar installation fires in the United States each year increased 69 percent between 2016 and 2018, according to U.S. Fire Administration data. Unprotected, improperly connected or incompatible connectors are some of the most common causes of PV panel failure and fires. Meanwhile, with utility-scale installations now reaching 1,500 V, protecting workers against ground faults and arc flashes is critical.

Although no solar-specific data is available, OSHA statistics show the utility and construction industries experience the highest rates of both fatal and nonfatal electrical injuries. What we do know for sure is that fires, faults and electrocutions are a real risk with PV installation. The good news is that safety hazards can be mitigated with the right knowledge and practices, and by expanding their familiarity beyond what’s covered by NEC 690, engineers and installers can prevent injury and potentially save lives.

NEC Article 690 (Solar Photovoltaic Systems) outlines many safety and performance requirements but isn’t comprehensive enough on its own to prevent all possible injuries — nor should it be. Often NEC 690 and UL standards work together, such as with arc-fault circuit protectors (AFCI), but there are also gaps, such as ensuring cable cleats can secure cables in the event of a short circuit.

This is where international standards such as IEC (International Electrotechnical Commission) and IEEE (Institute of Electrical and Electronics Engineers) can provide guidance, because in areas such as grounding and bonding, internationally recognized standards are often stricter. That’s not to say that NEC and UL standards are at odds with international standards. UL and IEC have worked together to align codes on things like general cable management, as well as more specific PV safety requirements. This growing move toward standards harmonization will help the industry streamline requirements and improve safety across the board.

This article aims to provide an overview of a few UL, IEC and IEEE standards that can work with NEC guidelines to improve the safety of commercial- and utility-scale solar installations.

Manufacturers have been warning against intermating connectors for years, but despite these cautions the practice of combining different kinds of connectors has become commonplace thanks to the increased availability of cheaper, generic connectors, MLPE devices and prewired components.
Although different brands of connectors may appear to be compatible and are both UL certified, there is no single standard for connector size, tolerances or materials. The contacts inside may be copper, or they could be steel, bronze or aluminum alloy. They may connect without any noticeable issues on installation, but over months or years, small design differences will lead to wear, contact resistance and, at worst, catastrophic failure.

NEC 690 was revised in 2020 to prohibit intermating, with Section 690.33 of Part 4 now stating, “Where mating connectors are not of the identical type and brand, they shall be listed and identified for intermatability, as described in the manufacturer’s instructions.” But more often than not, major manufacturers’ warranties will prohibit mating of their connectors with products from other suppliers, rather than allow it, as is suggested in the updated 690 language.

NEC 690 requires arc and ground fault detection and interruption as well as rapid shutdown capabilities on rooftop PV installations in case of fire (Sections 690.5, 690.11, and 690.12, respectively). Although Article 690 requires the installation of devices such as AFCI and shutoff switches, it does not outline performance requirements for these devices. Instead, it requires these devices to be tested and listed to UL 1699B (Standard for PV DC Arc-Fault Circuit Protection), which was developed specifically for NEC 690.

The difficulty of measuring arc faults initially led to some issues with 1699B testing. After its introduction, several AFCIs listed under it were found to be sensitive to unwanted tripping or unable to detect arc-fault events because the standard tested devices for performance under an instantaneous arc fault, instead of the gradual buildup of deteriorating conditions that often lead to faults in the real world.

Updates in 2016 and 2018 addressed this issue. The updates also included better-defined testing parameters and testing to ensure performance when the PV array is a further distance from the inverter or arc detection circuit. The general standard governing AFCIs, UL 1699, was used as the basis for IEC’s international standard (62606:2013), but the two are not identical.

Although not yet approved, IEC 63027 will fill a similar role as UL 1699B, covering AFCIs for PV systems.

Wiring methods and materials are covered in Part 4 of NEC 690. It allows for cable trays in outdoor PV installations, but classifies cable trays as support systems, not raceways. Compared to a raceway, exposed cables in a cable tray are at greater risk of damage, and present greater risk in a fire situation. This makes properly securing cables especially important. NEC 690 states that cables in a cable tray must be supported at intervals of 300 mm (12 in.) and secured at least every 1.4 meters (4.5 ft) but does not specify how they are to be secured.

A short circuit event can release a considerable amount of force before fault protection devices have time to react, and with electromagnetic force ranging upward of 10,000 lbs, the damage can be significant. IEC 61914:2015 sets standards for resistance to electromechanical forces and outlines testing requirements for temperature rating, corrosion, UV resistance and more to ensure cable cleats can withstand harsh construction site conditions.

Cable cleats that meet IEC 61914:2015 exceed the NEC’s safety requirements and should be used when possible.

UL 467, the general safety standard for grounding and bonding equipment required by the NEC, covers requirements including tensile force strength, short time current and corrosion resistance testing, as well as direct burial rating and markings. To mitigate hazards, UL 467 should be considered a baseline rather than the finish line.

Like UL 467, IEEE 837 is a general grounding and bonding standard not specific to PV systems. In fact, compliance to the IEEE standard requires an acceptable pull-out test rating under UL 467. Unlike the UL standard, compliance is self-proclaimed by the manufacturer, but manufacturers should be able to provide test data to back their claim up.

Joint certifications, such as those between UL and IEC, are becoming more common. For manufacturers, having to comply with multiple standards can be costly, especially where conflicting standards require the design of different product models. Harmonization eliminates that redundancy, as well as reduces the amount of testing required.

For engineers, installers and EPCs, it helps simplify product selection. The joint IEC/UL 62275 standard for cable management systems, which has been in place since 2016, specifies requirements for cable ties and associated fixing devices used in electrical installations.

Also published in 2016 was IEC/UL 62109, which aligned UL 1741 (Inverters, Converters, Controllers and Interconnection System Equipment for Use with Distributed Energy Resources) with IEC 61209, resulting in a unified standard defining the minimum requirements for the design and manufacture of power conversion equipment and inverters for protection against electric shock, energy, fire, mechanical and other hazards.

Most recent is the development of IEC/UL 61730 (Standard for Photovoltaic Module Safety Qualification), which harmonizes UL 1703 (Flat-Plate Photovoltaic Modules and Panels) with IEC 61730. In effect since December 2019, this unified standard encompasses construction and the testing requirements relating to solar panel electrical, mechanical, thermal and fire safety.

Even if standards aren’t harmonized, building installations to stricter international standards is beneficial because it helps future-proof projects for standards harmonization. While harmonization is moving in the right direction, it’s important to note that there are also standards gaps, such as with connectors. Although NEC 690 now prohibits intermating, the development of an industry standard for PV connectors would resolve the problem entirely.

Conclusion: Ultimately, there’s no magic wand that can be waved or single standard that can be applied to remove all risk from the PV installation process, but the inclusion of standards to complement NEC 690 is one way to keep engineers and installers safe that’s as viable as it is practical.

Amit Mehta is a senior business development manager with Panduit.