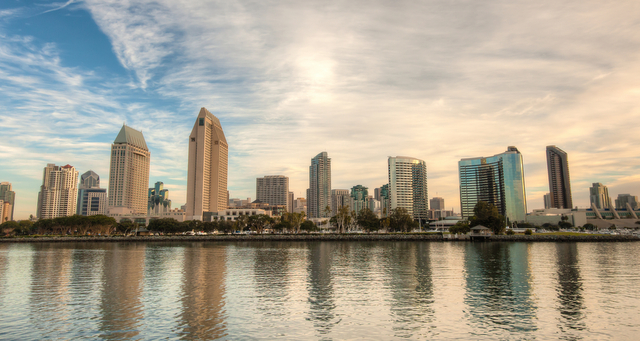 San Diego beat larger metro areas including San Francisco and Los Angeles to become the first city in California to reach the solar cap in their utility’s region. Sullivan Solar Power estimates that solar in San Diego has become a $1 billion a year industry, and the city is the first to commit to being completely powered with renewable energy by the year 2035.

“We’ve known that San Diegans have been leading the solar revolution for over a decade, but reaching this landmark highlights the dedication our region has to clean and renewable energy,” says Daniel Sullivan, president and founder of San Diego-based Sullivan Solar Power which has been installing solar systems in the area since 2004. “Homeowners and businesses are realizing that not only can they save money by going solar, but solar increases property value, decreases our dependence on fossil fuels, improves air quality, lessens our carbon footprint and supports the local economy.”

But now that the cap has been reached, new solar customers will be under new, more expensive rules. In 2013, California’s Assembly Bill 327 established a net metering ‘cap’ at five percent of peak energy demand in each investor-owned utility’s territory, allowing a limited amount of solar power to be connected under the existing set of solar rules and costs. By reaching the solar cap, the San Diego Gas & Electric territory is the first to officially move to the new rules known as net energy metering 2.0 or NEM 2.0.

“Under the new rules, there is no limit to the amount of people who can go solar, but many of the traditional benefits of going solar have changed,” said Sullivan. “With energy rates from utilities on the rise, solar continues to be the best solution for reducing and eliminating energy costs provided a customer decides to go solar with a company who can make the new solar rules work for them.”

“We are going to continue to buy back power at the retail rate, but what’s changing is there will be a fee for interconnecting solar panels to the reliable power grid,” said Amber Albrecht, a spokeswoman for SDG&E. “That’s a one-time fee. Future customers in the program will also contribute to state mandated and lower-income energy efficiency programs.”

New customers will have to pay one-time $132 connection fee and also pay into “public participation programs” that NBC San Diego says could add up to an additional charge of $115 to $300 a year.

So, certainly nothing to sneeze at, but customers interested in going solar are still getting a pretty good deal compared to some of the other net-metering decisions being made elsewhere across the country. In the right scenario and with a properly designed system, it is still an opportune time to go solar.