SIC USA LLC and Alencon Systems LLC announced a partnership for promoting improved performance at existing PV plants with Satcon solar inverters. SIC USA is the exclusive US importer of the Satcon line of PV inverters. Alencon Systems is the manufacturer of the SPOT – String Power Optimizer and Transmitter – family of utility-scale PV DC-DC optimizers.

What the partnership does 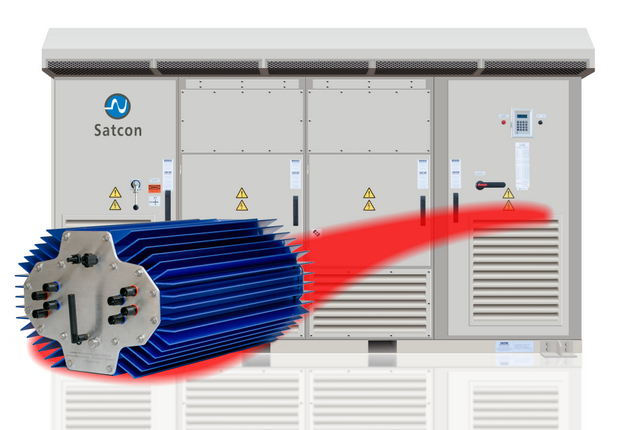 As part of this partnership, SIC and Alencon’s engineering teams will work closely to ensure the interoperability of Alencon’s SPOTs with existing Satcon’s inverters already installed in the field. In addition to working in close partnership, Alencon has installed a grid-tied Satcon inverter in its power electronics lab in Hatboro, Pa., to provide real world test conditions for the performance of its SPOT PV DC-DC optimizers with the Satcon inverter platform.

Additionally, by injecting galvanic isolation between the PV strings and the Satcon inverter, Alencon’s SPOT can extend the life of the inverter by protecting it from any harmful faults that occur in the PV array. By isolating every string, the Alencon SPOT will also reduce the on-going operations and maintenance costs of plants with Satcon inverters by isolating each string in the event of trouble.