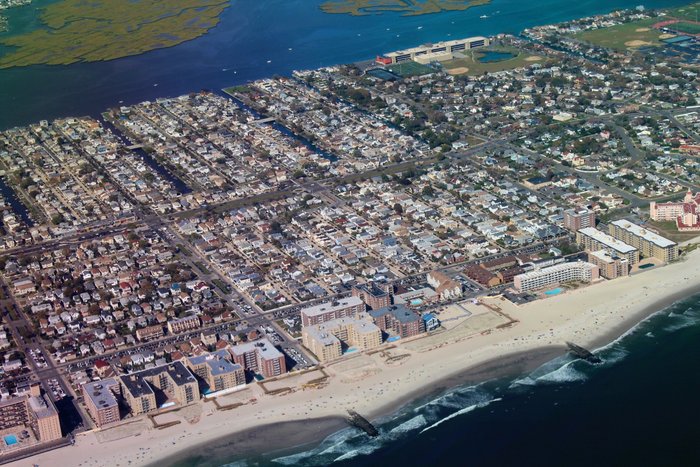 A coalition of over 40 elected officials, industry organizations, environmental groups, public advocates and electricity ratepayers gathered at the Cradle of Aviation Museum last week to call on the Long Island Power Authority to reverse its recent decision to devalue compensation for community solar by almost 30 percent.

The community solar program on Long Island has been providing subscribed ratepayers with discounted clean energy from local solar projects since 2016. Yet in June 2019, the LIPA Board of Trustees voted to approve a community credit that is a fraction of what ratepayers receive in neighboring New York City and Westchester County. This change is scheduled to go into effect on January 1, 2020 and will effectively halt community solar development on Long Island unless LIPA acts to adjust the program by providing fair, equitable, and minimally viable compensation for these projects.

Community solar provides access to clean, discounted energy for low- to moderate-income families, renters, fixed-income seniors, and others who would otherwise not be able to install solar panels on their homes. Community solar also serves small businesses and nonprofit organizations that do not have access to capital or financing for their own solar projects. Community solar allows all Long Islanders to benefit from discounted, clean energy and puts Long Island on track to meet its share of New York’s ambitious renewable energy goals.

Stakeholders attended the LIPA Board meeting immediately after to directly address the LIPA Board with their concerns. The group is hopeful that it can work together with LIPA leadership to modify the tariff and provide community solar a fair valuation.

Today, Long Island has only 14 community solar projects in development, while neighboring Con Edison territory has almost 55. According to a utility-issued calculator, LIPA’s changes in compensation would result in a solar devaluation of approximately 30 percent from current levels and compared to the value of fossil fuel energy today. This proposed change comes just months after New York passed the world-leading Climate Legislation and Community Protection Act (CLCPA), which requires New York to transition to 100 percent carbon-free energy by 2040.

If LIPA’s proposed compensation plan goes forward, it would bring Long Island community solar projects to a standstill. Ratepayers would be required to pay a premium compared to what they pay PSEG-LI today. The community solar sector will simply not get off the ground on Long Island and hundreds of thousands of residents and local organizations will be prevented from accessing clean energy. Moreover, the overall solar market on Long Island and associated job growth from this sector will continue to stagnate, contrary to growth trends in solar energy across the rest of New York and the country.

“Leisure Village is one of the largest and oldest all-electric senior condominiums on Long Island. The Community Solar program would save our residents 10 to 30 percent on electric. LIPA has continuously stalled the process—here we are three years later beginning the cold winter months and still waiting. Something needs to be done,” said Carole Leonard, President of the Board of Leisure Village, a retirement community in Ridge, NY.

“New York is leading the way in tackling climate change by committing to 70 percent renewable energy by 2030, but we need community solar projects to move forward to meet this ambitious goal,” said Maureen Dolan Murphy, Executive Programs Manager for Citizens Campaign for the Environment. “LIPA must give community solar projects fair compensation in order to further these projects, which will expand the benefits of solar to new customers on Long Island, create green jobs, and reduce harmful air pollution.”

“Community Solar would provide access to clean, low-cost solar electricity to senior citizens, renters, low- to moderate-income families, and others in my district who otherwise could not take advantage of the benefits of solar energy. I strongly urge the LIPA Board of Trustees to reconsider their recent decision to devalue solar electricity on Long Island,” said Suffolk County Legislator Sarah Anker.

“We need policy that reflects the tremendous value of bringing hundreds of thousands of people into the renewable energy economy, which community solar does. As one of the organizations instrumental in passing the Climate Leadership and Community Protection Act this year, we call on LIPA to fully recognize this by reversing course in their current evaluation of the community credit under VDER, which seriously undermines energy democracy. If LIPA plans to meet its renewable energy targets and live up to its stated goals of servicing low-income customers, it will significantly increase the community credit and allow net metering to continue for small community solar projects” said Lisa Tyson, Director of the Long Island Progressive Coalition.

“The people that will be most affected by this decision will be low- and moderate-income off-takers, and those that want more cost-effective power but do not have a good application for solar on their homes,” said Scott Maskin, founder and CEO of SUNation Solar Systems.

“LIPA’s decision to devalue Community Solar by almost 30 percent compared to current levels and fossil fuel-based electricity rates will stop Community Solar in its tracks when it has barely gotten off the ground on Long Island. Without fair and minimally viable compensation for Community Solar, hundreds of thousands of Long Islanders will be prevented from accessing clean, discounted electricity as they are able to do in the rest of the state, and Long Island will risk being left out of New York’s march toward a decarbonized grid.” said Shyam Mehta, Executive Director of New York Solar Energy Industries Association.