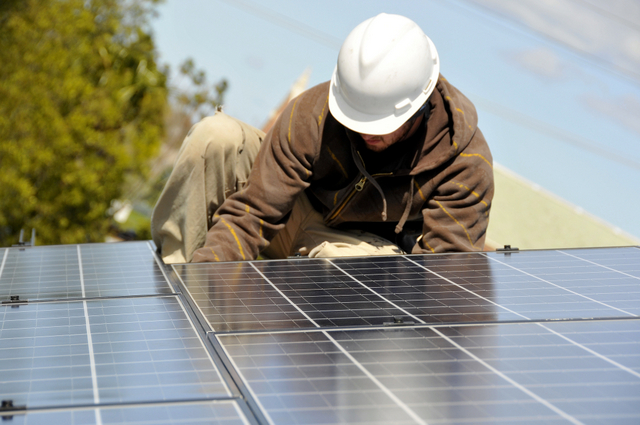 Additionally, solar jobs increased in 29 states and the District of Columbia in 2017, including in many states with emerging solar markets. States with significant job gains include Utah, Minnesota, Arizona, Colorado, Pennsylvania, New Jersey, New York, and Tennessee.

“After six years of rapid and steady growth, the solar industry faced headwinds that led to a dip in employment in 2017, including a slowdown in the pace of new solar installations,” said Andrea Luecke, President and Executive Director at The Solar Foundation. “Uncertainty over the outcome of the trade case also had a likely impact on solar jobs growth. At the same time, the fact that jobs went up in 29 states is an encouraging sign that solar is taking hold across the country as a low-cost, sustainable, and reliable energy source.”

The Solar Foundation, a nonprofit educational and research organization, issues the National Solar Jobs Census each year to provide comprehensive and reliable data on the U.S. solar workforce. This year’s Census is based on a rigorous survey of solar establishments conducted between October and November 2017. The Census defines a solar employee as someone who spends at least 50 percent of his or her time on solar-related work.

The solar industry is more diverse than comparable industries, but more needs to be done to ensure it is representative of the greater U.S. population. Women made up 27 percent of the solar workforce in 2017, down 1 percent from 2016. Veterans made up 9 percent of solar workers, which is 2 percent more than the overall U.S. workforce.

This year’s Census survey included approximately 59,300 phone calls and over 35,000 emails. Information was gathered from 2,389 establishments, of which 1,842 completed or substantially completed the survey. This level of sampling rigor provides a margin of error of +/- 1.25% for the national employment numbers.