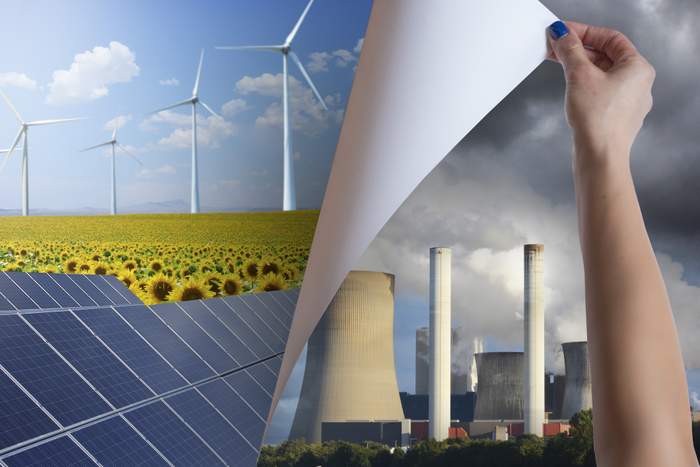 Each week brings dire news on the solar jobs picture, but solar and other renewable energy sources are still coming out much better than other electrical generation sources in this crisis — producing significantly more electricity than coal during the first quarter of 2020 and also topping nuclear power in both February and March. This analysis of just-released data from the U.S. Energy Information Administration (EIA) comes via the SUN DAY Campaign.

The latest issue of EIA’s “Electric Power Monthly” (with data through March 31, 2020) reveals that solar and wind both showed continued, strong growth, expanding faster than all other energy sources. During the first three months of this year, solar-generated electricity expanded by 22.5% (compared to the same period in 2019) and provided almost 2.6% of the nation’s total while wind grew by 17.4% and accounted for 9.0% of total generation.

Thus, wind and solar together provided more than 11.5% of total U.S. electrical production during the first three months of 2020. Combined with hydropower, biomass, and geothermal, renewables provided 20.8% of total electrical output.

EIA’s data for just the month of March also provide an early indication of the possible impacts of the coronavirus on competing energy sources in the months ahead. Relatively, most renewable sources are weathering the crisis well.

In March 2020, growth in solar-generated electricity slowed a bit but still was 10.1% higher than March 2019 while wind’s output was 12.9% more than a year earlier and that of non-hydro renewables overall was up 10.0%. By comparison, coal plummeted by 35.6% and nuclear dropped by 1.7%. Conventional hydropower also declined by 12.8%. Electrical generation by natural gas increased by 9.4%.

“If present trends are a guide, growth in electrical generation by the mix of renewable energy sources could slow in light of COVID-19 but they will continue to expand their share of the nation’s electrical generation,” noted Ken Bossong, Executive Director of the SUN DAY Campaign, “And the longer-term march by coal and nuclear power towards eventual oblivion seems likely to accelerate.”