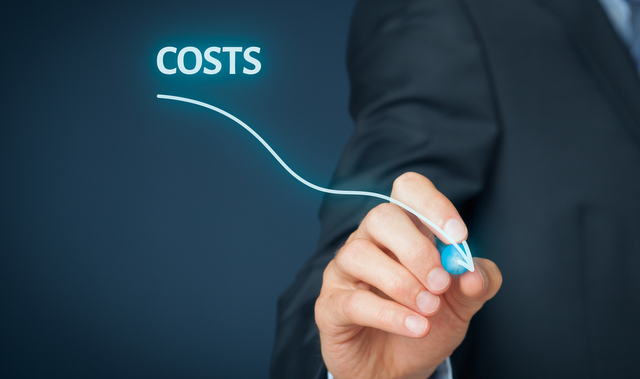 The installed cost of solar power fell to record lows in the first quarter of 2017 because of the continuing decline in photovoltaic (PV) module and inverter prices, higher module efficiency, and lower labor costs, according to an analysis by the U.S. Department of Energy’s (DOE) National Renewable Energy Laboratory (NREL).

While utility-scale solar costs have declined nearly 30 percent, residential- and commercial-scale solar system prices have lagged behind at 6 percent and 15 percent reductions, respectively, according to a new report, “The U.S. Solar Photovoltaic System Cost Benchmark: Q1 2017,” by NREL’s Ran Fu, David Feldman, Robert Margolis, Michael Woodhouse, and Kristen Ardani. The report shows that the levelized cost of electricity (LCOE) benchmarks without subsidies for the first quarter of 2017 fell to between 12.9 and 16.7 cents per kilowatt-hour (kWh) for residential systems, 9.2-12.0 cents a kWh for commercial systems, 5.0-6.6 cents a kWh for utility-scale fixed-tilt systems, and 4.4-6.1 cents a kWh for utility-scale one-axis tracking systems.

The report estimates that the total installed system cost, which is one of the primary inputs used to compute LCOE, has declined to $2.80 per direct current watts (Wdc) for residential systems, $1.85 Wdc for commercial, $1.03 Wdc for fixed-tilt utility-scale systems, and $1.11 Wdc for one-axis tracking utility-scale systems.

Compared to the first quarter of last year, and using 2017 dollars, the benchmarks fell by 6 percent for residential, 15 percent for commercial, and 29 percent for utility-scale systems.

These results suggest that the DOE’s SunShot Initiative, which was launched in 2011 to make solar cost-competitive with other forms of energy, has met its 2020 cost target for utility-scale solar systems three years early. The industry is more than 85 percent of the way toward achieving the 2020 commercial-scale and residential-scale solar cost targets.

“Detailed cost modeling and benchmarking are critical for tracking the progress of PV systems toward cost-reduction goals. Because our bottom-up cost modeling method quantifies cost categories with a high degree of resolution, the results can also be used to evaluate early-stage investment opportunities and assess regional LCOE,” Fu said.

The report highlights the importance of reducing the non-hardware, or “soft,” costs of solar, as soft cost categories are demonstrated in the figure below. As the PV module price has reached a new low level, the proportion from soft costs—such as labor and overhead costs—has grown. In the first quarter of 2017, soft costs accounted for 68 percent of residential system costs, 59 percent for a commercial system, and 41 percent of a utility-scale system.

Approximately 13.7 gigawatts (GW) of new PV systems were installed in the U.S. last year, with the largest share coming from 10.2 GW in the utility-scale sector. Nearly 45 GW of solar is installed in the U.S., accounting for about 1 percent of the nation’s electricity supply.

All costs are adjusted for inflation. NREL has produced the annual benchmarks since 2010. The full technical report as well as a presentation about the new results and a data file for this work can be downloaded at: