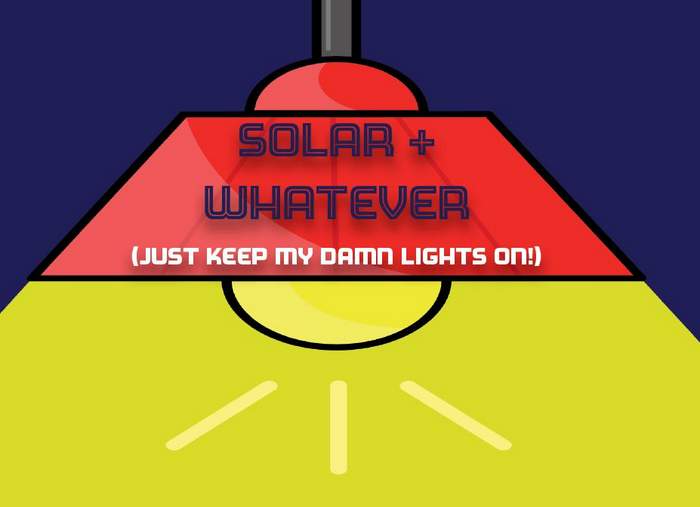 It only takes one hurricane, tornado or wildfire for the value of a resilient home energy system to sink in. Add to such increasing natural disasters the unpopular new utility practice in California of Public Safety Power Shutoffs (PSPS) — a preemptive shut down of swaths of the grid to avoid fires sparked by downed power lines — for several days at a time, and then you have a roaring demand for residential energy resilience.

Simultaneously, more of America’s workforce is transitioning to remote or online work, which means home energy security is becoming mission critical to maintaining productivity too. Escalating utility peak and time-of-use electricity charges play into the growing demand for energy independence as well.

Sizing a resilient system for bill reduction or cost control can be straightforward. Sizing a system to withstand future outages can be more challenging. Balancing the two goals within one system — that doesn’t cost a zillion dollars — can be significantly more challenging.

What makes up a reliably resilient system?

A substantial solar array, a battery storage bank and a standby generator are the three basic components, which must be integrated through a smart panel and switch hardware, in turn managed by sophisticated software controls. Independent smart home energy control systems may also play a role in the system, with potentially overlapping functions.

“Solar plus storage is the foundation for residential energy resiliency, and a fossil-fuel backup generator can provide another layer of resiliency or a backup of the backup,” says Craig Lewis, the executive director of non-profit Clean Coalition. His organization is developing model microgrid installations in several locations across the country, including both commercial-scale and residential-scale systems.

Part of the challenge of designing and sizing such a resilient system is the decision of how much cost savings is desired versus how much outage protection may be needed. Cost savings can be readily analyzed from a utility bill, but outage protection is a bit of a crystal ball affair that could drive up the cost of a potential system radically.

Thus a combined solar-plus-storage system that can cover a day’s worth of electricity demand should be sufficient to assure resilience for the average U.S. home. However in California, the new normal is raging wildfires during the fall months (currently underway), paired with multiple PSPS outages that last year went on for three, four and five days at a time. Thus, coverage for a week would be more prudent.

Indeed, over a three-week period in October last year, the three publicly-owned California utilities shut down power for 3 million customers, in some cases over and over again, for days at a time. PG&E alone calculates that more than half of its 70,000-square-mile service area in Northern and Central California is considered by state officials to be at high risk of wildfire.

For such PSPS resilience depth, solar-plus-storage needs to be paired with a standby generator — which can operate on natural gas or stored propane. The generator needs to be at least large enough to recharge batteries overnight, if not power the whole house during overcast or rainy periods when the solar is essentially off line.

A standby generator can help reduce the size of the battery bank needed for home resilience, and more importantly, an extra battery bank can cost several times as much as a generator with the same power output.

“From an economic standpoint, the best way to increase your energy reserve is by combining your solar and storage with a home standby generator that can run indefinitely, rather than adding additional batteries,” says Adam Schroeder, the product manager for Clean Energy Solutions at Generac Power Systems. His company now offers an integrated solar-plus-storage-plus-generator solution that now promises whole home backup off a single battery and without the need for a separate loads panel.

“A generator is a power-outage solution, and battery storage is not only excellent energy insurance, but it can almost completely offset your normal utility bill,” echoes Russ Minick, the clean energy business leader for Generac Power Systems.

Solar inverters that are designed with islanding capabilities to manage outages are also a must. During the last wave of PSPS, many California homeowners with solar arrays were dismayed to find that their one-way inverters were useless in islanding their home during an outage.

A bunch of solar inverter brands now carry islanding inverters. SMA’s AC-coupled Sunny Island, for example, is primarily an off-grid or battery backup inverter. “This inverter is designed for serious resiliency applications and can be paired with fossil fuel generators to extend the system autonomy and reduce the upfront cost of batteries,” says Reynolds.

A smart panel that can island a home during an outage is also an emerging component of a resilient home energy system. One new offering in this arena is from Span, which offers a smart panel that manages 32 circuits of connected devices, appliances, electronics and energy upgrades including solar panels, batteries, and EV charging systems, all through a smartphone interface. It also removes the headache of the backup loads panelscompletely.

“The Span panel provides intuitive monitoring and controls for all circuits alongside unprecedented flexibility for battery backup during power outages,” company CEO Arch Rao said in a May venture capital funding announcement. Span is partnering with several companies, such as LG and Panasonic, to integrate as part of their full energy storage systems.

The integration of the equipment and software for full home resilience with basic residential wiring can be complicated by the presence of solar, wind, geothermal or other alternative energy assets, and early attempts to integrate equipment from different manufacturers led to issues in tech compatibility and warranty confusion.

“The big benefit of an integrated system is that there is only one manufacturer, with one team controlling design and interfaces. What we are targeting is a seamless experience for the homeowner and for installers,” says Schroeder.

Bottom line: From seamless to grid-less to just PSPS-less, there are an array of options emerging from big name brands that incentivize the adoption of home solar energy and, yes, keep the damn lights on.

Charles W. Thurston is a contributor for Solar Builder.