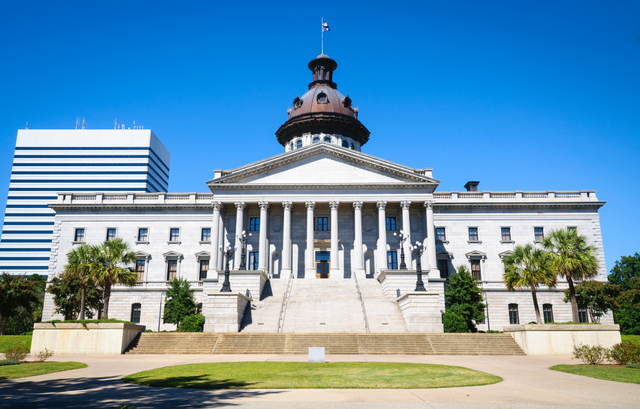 South Carolina legislators have passed the Energy Freedom Act, House Bill 3659, which will keep solar energy growing across the state.

“The Energy Freedom Act is a big win for all South Carolina energy consumers,” said Lynn Jurich, CEO and co-founder of Sunrun. “Policymakers listened to the people and delivered a bipartisan solution that lifts arbitrary caps on local solar energy, grows the economy, and gives more individuals access to homegrown solar a way to safeguard against the highest energy bills in the country.”

The Energy Freedom Act will:

● Lift the net metering cap: South Carolina currently has a 2% cap on the number of solar energy systems that can qualify for net metering. House Bill 3659 lifts the cap and allows consumer demand to drive solar adoption, without restrictions from an arbitrary cap.

● Extend the retail rate for exports to at least June 1, 2021: Solar customers will be able to receive retail rate compensation for their contribution to the electric grid until June 2021. The PSC will determine the export rate after commissioning an in-depth and fair study that looks at the value of solar as a resource to all South Carolina ratepayers.

● Lift the cap on solar leasing: Solar energy leasing, such as Sunrun’s home solar service offering, expands access to homegrown energy by removing the upfront costs and associated maintenance requirements. South Carolina was one of two states that capped this type of financing option.

This comprehensive solar bill will sustain all segments of the vibrant solar market in the state. It eliminates caps on net metering thereby preserving value for customers with rooftop solar generation while eliminating cost shift/subsidization. The act also ensures fair market access for developers of utility-scale solar projects. Equally important, the bill asserts that it is “the intent of the General Assembly to expand the opportunity to support solar energy and support access to solar energy options for all South Carolinians.”

“We applaud the leadership in both the House and Senate,” said Bryan Jacob, Solar Program Director at Southern Alliance for Clean Energy. “Conservative leaders in South Carolina are demonstrating how bi-partisan legislation can preserve sustainable solar markets providing both economic and clean energy benefits for the state.”

SACE joined with other parties in months of engagement after a less comprehensive bill failed in 2018. This process, coordinated by the Office of Regulatory Staff, helped to inform appropriate policy elements ultimately enshrined in this legislation. Conservative leadership in both chambers was critical to assure the success of this bill and the end result is a testament to bi-partisan teamwork and agreement on many key tenets of the energy market. After previously passing unanimously in the House, the bill now returns for affirmation of amendments incorporated during the Senate deliberations and then will head to the Governor’s desk for signature.