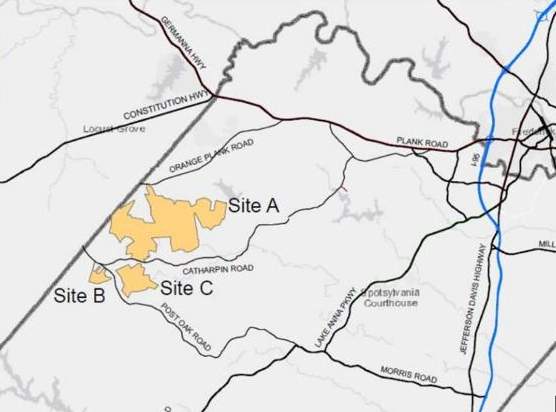 sPower, a renewable energy Independent Power Producer (IPP), closed on $700+ million construction / term loan financing for Spotsylvania Solar Energy Center in Spotsylvania County, Va. At 620 MWdc, this is the largest solar project east of the Rockies. The project is currently under construction, with phases coming online this year through project completion in the summer of 2021.

sPower received local approval of its three special use permit applications for the Spotsylvania Solar Energy Center in April of 2019, and construction began shortly after. The project was approved by the Virginia State Corporation Commission (SCC) in August of 2018.

“This has been a banner year for sPower in the capital markets. The Highlander financing sets an even higher watermark for us and marks the largest project debt financing in our company’s history, at more than $700 million,” said David Shipley, CFO, sPower.

“Financing and safely constructing the largest project in our portfolio are milestone accomplishments but doing so in today’s environment makes this an even more incredible feat. The resilience of the sPower team and the commitment of our financing partners to us and the renewable energy space in these challenging times is nothing short of remarkable.” said Brian Callaway, VP of Structured Finance/ M&A.

“HSBC was delighted to have led the structuring and execution of this significant financing for the Highlander Project,” said James Wright, Managing Director, HSBC. “Closing a transaction of this magnitude in the current macro environment is challenging. The success of this transaction is a testament to SPower’s experience and the quality of the underlying assets, and the support of the broader lender group is a vote of confidence in renewable energy projects and sustainable finance.”

“Beyond what this means to sPower, this project brings real economic opportunity to Spotsylvania County and the region during a critical time,” said Ryan Creamer, CEO of sPower.

The project will offset approximately 825,000 metric tons of carbon dioxide emissions each year and will generate an estimated 700 new jobs during the construction phase and approximately 20–25 full-time positions during operations. In addition to increased property tax revenue for Spotsylvania County, the company has committed to support the local community through capital investments and funding priority projects. In response to COVID-19, sPower gave $200,000 to Mary Washington Health System, $50,000 to the local Community Foundation’s Community Relief Fund, and nearly $15,000 to Spotsylvania County Public Schools.

Cohn Reznick served as financial advisor and Sheppard Mullin served as sPower’s counsel in the deal.