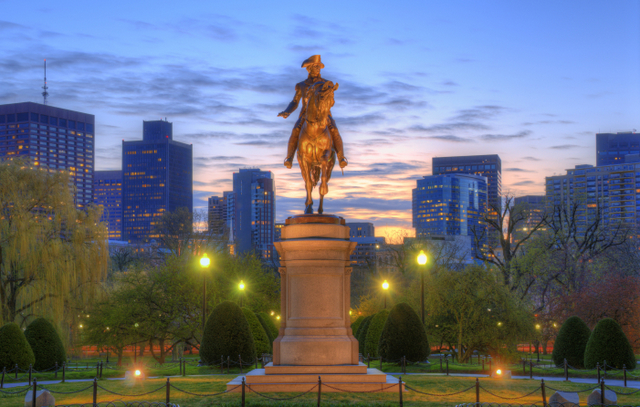 One if by lead acid, two if by lithium ion.

The Massachusetts Department of Energy Resources (DOER) now recommends a suite of new policy and program actions to support the deployment of hundreds of megawatts of advanced energy storage in the state over the next decade, according to a new study it just released on the matter. Find that here. That goal is supported by a clean energy bill, recently signed into law by Massachusetts Governor Charlie Baker, that authorizes DOER to set energy storage procurement targets that utilities must meet by 2020. The agency is directed to decide by the end of this year whether to do so.

The landmark new study proposes specific state spending and policy changes that, it asserts, would result in 600 MW of new advanced energy storage in the state by 2025. This would produce more than $800 million in system benefits to Massachusetts ratepayers, according to the study, and reduce greenhouse gas emissions by 350,000 metric tons over a 10-year period.

“If the state follows the study’s recommendations, Massachusetts will further solidify its position as a leader in energy storage policy,” stated Todd Olinsky-Paul, project director for the Clean Energy States Alliance’s (CESA) Energy Storage Technology Advancement Partnership. “The comprehensive policy approach that Massachusetts has developed should serve as a model for other states to develop energy storage markets, grow the industry, and unlock the many benefits of energy storage for utilities, businesses and ratepayers.”

The new study also includes a modeling analysis that demonstrates the potential impact of a much larger amount of storage for the state – up to 1.76 GW. The accompanying cost/benefit analysis indicates that billions in benefits would accrue to the state from such a large-scale deployment. The report notes current grid inefficiencies and the high costs of peak power, while explaining that sufficient energy storage resources could help alleviate the billions in peak power costs for ratepayers.