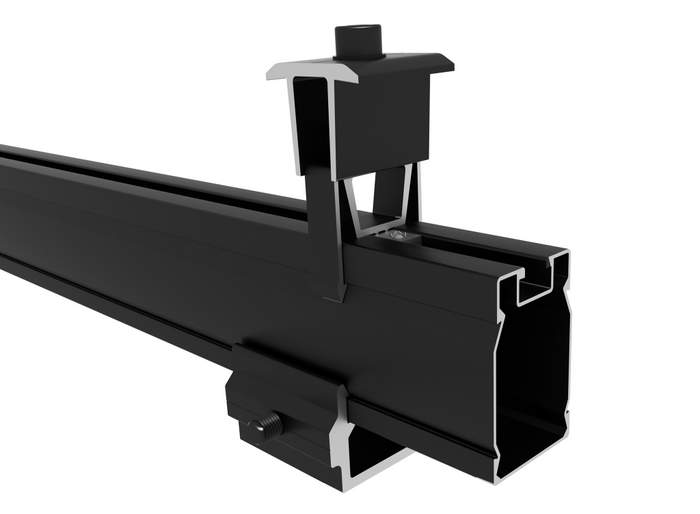 Finding the right mounting system to reduce cost without sacrificing performance and speed is one of a solar installer’s top priorities. After many years of gathering feedback from installers, SunModo is introducing SMR, its newest solar racking innovation for roof mounting systems.

“We are excited with the early response to SMR as our next-generation rail system that saves time and money while achieving maximum performance, which is exactly what our installers want,” said Steve Mumma, General Manager of SunModo. “Changing racking systems is something most installers are reluctant to do; but when a new option comes along that dramatically reduces cost, speeds installation, and increases reliability any installer who is serious about their business must consider it.”

The SMR System’s biggest advancement is an optimized design that makes the SMR Rails not only the lightest but also the strongest rails on the market. Plus, with fast and easy Pop-On Clamps and L-Foot adaptors, professional installers can mount, adjust, and secure PV panels with a single tool.

Among the first to utilize the new SMR system was Jon Lange, President of Sunergy Systems, a solar installation company serving the entire Puget Sound region Seattle area since 2005.

“We love the new SMR rail system. It is unbelievable how light the rail is. Amazingly, it is more rigid than the HR rail on a steep roof with the guys standing on it.”

The SMR introduction is part of a determined SunModo initiative to revamp its entire racking product line to become easier and more affordable in the highly competitive solar industry.