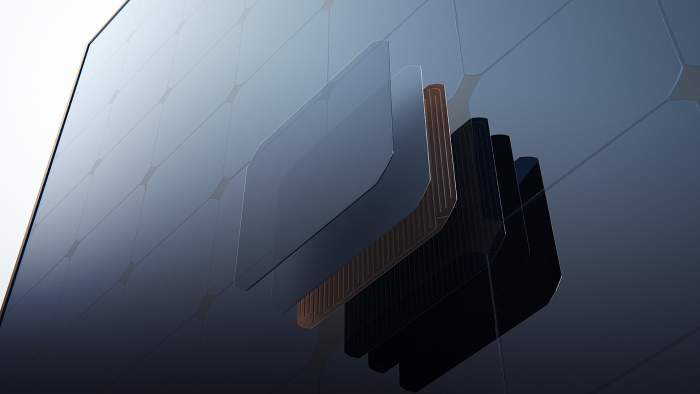 Maxeon Solar Technologies, the planned spin-off from SunPower Corp., is bursting out of the gate with a new line of bifacial SunPower Performance 5 panels for large-scale power plant applications. Performance 5 panels will be commercialized and begin delivery in the fourth quarter of 2020.

Among the first products to utilize bifacial mono-PERC solar cells made on large format eight-inch G12 wafers, the new Performance 5 panels offer efficiency of over 21 percent along with enhanced shade tolerance and durability to reduce system lifetime energy cost. Maxeon is touting a a power rating of up to 625 watts.

Long-time partner and future Maxeon investor Tianjin Zhonghuan Semiconductor Co. (TZS) recently announced an ambitious expansion program for the HSPV joint venture, with the implementation of three GW “smart fabs” at sites in both Yixing and Tianjin. HSPV capacity is planned to be increased from two GW to eight GW by 2021, with the first new facility planned for full ramp by the end of 2020.

“SunPower has more than three decades of innovation, including a history in the power plant segment – from the pioneering 10 megawatt (MW) Bavaria Solar One Project in 2004 to the 349 MW Australia Limondale project in 2020,” said Jeff Waters, CEO of Maxeon. “Our release of the new SunPower Performance 5 panels comes along with a renewed commitment to large-scale installations supported by significant manufacturing capacity scale-up of shingled cell panel technology by our Huansheng Photovoltaic (HSPV) joint venture in China. This expansion is highly capital efficient and will reinforce Maxeon’s leadership and reach as a premier supplier of levelized cost of energy-optimized panels into the large, mainstream utility-scale markets.”