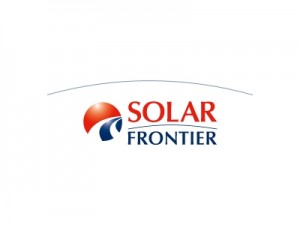 We have a thin-film segment update coming in our Nov/Dec issue. Spoiler: there are some things happening there. Case in point, Solar Frontier reports that the total cumulative shipments of its CIS thin-film solar panels have surpassed 4 GW, now reaching approximately 60 countries around the world. Some of the 11 new countries that have had approximately 1 GW of modules shipped over the last year include Norway, Somalia, and Mongolia.

This accomplishment is the result of Solar Frontier’s CIS thin-film solar panels boasting the advantages of delivering outstanding power generation capabilities and economical and environmental advantages in real-working conditions – even in high temperatures or in partial shading – as well as having the “Made in Japan” seal of quality that domestic and overseas customers can place their trust in. Solar Frontier regularly receives high evaluations as a trustworthy supplier for its maintenance and management services.

Sustaining this shipping has been Solar Frontier’s Kunitomi plant (with a nominal annual production capacity of 900MW) which started commercial production in 2011 and has been fully operational since then. At the same time, through Solar Frontier’s continual efforts to advance the performance of its panels, the Kunitomi Plant this month started manufacturing solar panels with an output of 175W as a main product.

In November 2016 the 22nd session of the Conference of the Parties to the United Nations Framework Convention on Climate Change (COP22) will be held in Morocco, ahead of the Paris agreement coming into effect, and commitment to global climate change will attract even more attention. Solar Frontier, by delivering its CIS thin-film solar panels all over the world, will continue to contribute to the struggle against global warming.